Gotye net worth: Gotye is an Australian musical artist who has a net worth of $10 million. Born in Bruges, Belgium, Gotye, also known as Wouter De Backer, grew up in Melbourne, Australia. He showed an early interest in, and aptitude for, music, and plays multiple instruments. He formed his first band, Downstares, while in high school.

The group was popular in Melbourne, and his songwriting skills were especially praised. After the members went their separate ways post-graduation, he continued to record tracks by himself, and after doing some ambitious self-promotion, began to gain notice on the local college circuit, and with various independent radio stations. He also formed a side venture called, The Basics, with fellow musician, Kris Schroeder. He was finally offered a distribution deal in 2003, and since then his fame has continued to grow. He has received a number of ARIA Awards in Australia, and his song, "Somebody That I Used to Know", reached #1 on multiple music charts around the world. He is currently planning to appear at multiple summer music festivals and on television. 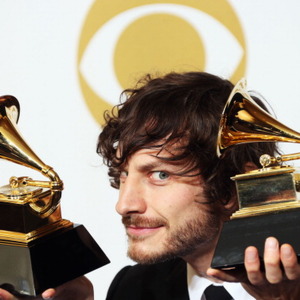