Gordon Downie net worth: Gordon Downie was a Canadian musician, writer, and actor who had a net worth of $10 million. Gordon Downie was born in Amherstview, Ontario, Canada, and grew up in Kingston, Ontario. He met the members of what would become his band, The Tragically Hip, while in school.

He co-founded the group in 1983, and they first made a name for themselves as a cover band. They were spotted by record executive, Bruce Dickinson, the President of MCA, and signed with the label soon after. The Tragically Hip has remained popular with North American audiences for two decades. They have released 14 albums and won numerous Juno Awards. Gordon Downie has also released three solo albums, with the most recent being 2010's "The Grand Bounce". The Country of Miracles backs him when he records solo work. In addition to his work with The Tragically Hip, and his solo career, he has also collaborated with other Canadian artists, such as Richard Terfry, Dallas Green, and The Sadies. He is also heavily involved in environmental initiatives. Unfortunately, Gordon Downie died on October 17, 2017 at the age of 53. He had been suffering from an aggressive form of brain cancer. 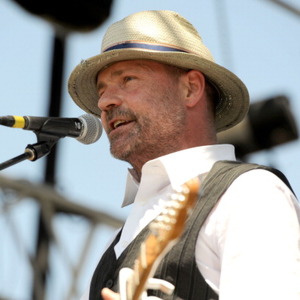