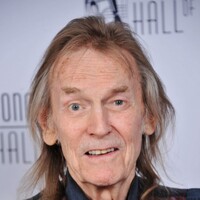 What is Gordon Lightfoot's Net Worth?

Gordon Lightfoot is a Canadian singer-songwriter and guitarist who has a net worth of $40 million. Gordon rose to fame in the 60s and 70s as a pioneering folk-pop artist. He had numerous hit songs throughout those decades, including "Early Morning Rain," "Ribbon of Darkness," "If You Could Read My Mind," "Sundown," and "The Wreck of the Edmund Fitzgerald." In 2012, Lightfoot was inducted into the Songwriters Hall of Fame.

Gordon Lightfoot was born on November 17, 1938 in Orillia, Ontario, Canada to Gordon Sr. and Jessie. He had an older sister named Beverley. Lightfoot began exhibiting musical talent early on, and was trained by his mother to become a successful child performer. In the fourth grade, he had his first public performance when he sang the Irish lullaby "Too Ra Loo Ra Loo Ra" over his school's public address system. Lightfoot was also in the choir of Orillia's St. Paul's United Church, where he sang under the direction of Ray Williams. Additionally, he performed in local operettas and oratorios, as well as at music festivals. As a teen, Lightfoot learned the piano and taught himself the drums, and held concerts in the resort area of Muskoka.

Throughout his high school years at Orillia District Collegiate & Vocational Institute, Lightfoot was a prolific performer. After graduating, he moved to California to study jazz composition at the Westlake College of Music in Hollywood. While there, Lightfoot wrote and produced commercial jingles to make ends meet. Upon returning to Canada in 1960, he performed with the groups the Singin' Swingin' Eight and the Gino Silvi Singers. Before long, Lightfoot was gaining recognition in folk-music coffee houses in Toronto. He earned further attention in 1962, when he released the singles "(Remember Me) I'm the One" and "Negotiations/It's Too Late, He Wins," both local hits in Toronto. Following this, Lightfoot traveled to Europe, and hosted the BBC television program "Country and Western Show" for a year. After returning to Canada, he appeared at the Mariposa Folk Festival, and started developing a reputation as a songwriter.

Lightfoot signed a management contract with Albert Grossman in 1965, and then signed a recording contract with United Artists. During this time, his profile was rising significantly due to appearances at the Newport Folk Festival, New York's Town Hall, and on "The Tonight Show Starring Johnny Carson." Even greater exposure came in 1966, when Lightfoot released his self-titled debut album. He subsequently released the albums "The Way I Feel," "Did She Mention My Name?," and "Back Here on Earth," and had numerous hit singles in Canada including "Spin, Spin" and "Go-Go Round." Lightfoot's biggest hit of this era was a cover of Bob Dylan's "Just Like Tom Thumb's Blues," which reached number three on the Canadian charts. Meanwhile, he did his first Canadian national tour in 1967.

In 1970, Lightfoot signed with Warner Bros./Reprise Records and had his commercial breakthrough in the United States with the single "If You Could Read My Mind." This massive hit, which sold more than a million copies by early 1971, helped launch Lightfoot to superstardom. He went on to release a string of successful albums throughout the 70s that cemented his reputation as a top folk singer-songwriter. They were "Summer Side of Life," "Don Quixote," "Old Dan's Records," "Sundown," "Cold on the Shoulder," "Summertime Dream," and "Endless Wire." With the title track from "Sundown," Lightfoot had his only number-one single in the United States. 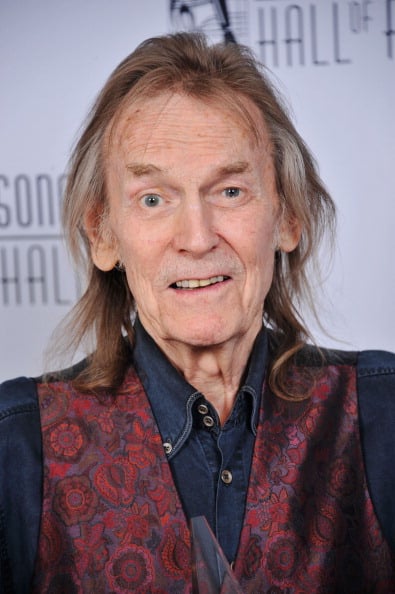 Lightfoot has experienced some significant health issues throughout his life and career. In 1972, he contracted Bell's palsy, leaving his face partially paralyzed for a period of time. Three decades later, he suffered severe stomach pain before a concert in Orillia, and was airlifted to a hospital in Hamilton, Ontario where he underwent emergency surgery for an abdominal aneurysm. Left in a six-week coma, Lightfoot underwent a tracheotomy and multiple other operations. He then continued his convalescence at home.

While in the middle of a performance in 2006, Lightfoot had a minor stroke that eventually debilitated his right hand's middle and ring fingers. Although he returned to performing nine days later, his full recovery took around seven months.

In 1963, Lightfoot married his first wife, Brita Ingegerd Olaisson; they had two children, Fred and Ingrid, and divorced in 1973. Lightfoot subsequently dated other women, but remained unmarried for 16 years. He had two children, Gaylen and Eric, from these intervening relationships. In 1989, Lightfoot wed Elizabeth Moon, with whom he had two more children named Miles and Meredith. The pair separated in the early 2000s, and were officially divorced in 2011. Three years later, Lightfoot wed Kim Hasse.

With a career spanning over six decades and 200 recordings, Lightfoot is widely recognized as a pioneering artist in the development of the folk-pop sound of the 60s and 70s. His songs have been recorded by a plethora of artists, including Bob Dylan, Jim Croce, Gene Clark, Neil Young, Glen Campbell, Nico, Sarah McLachlan, and Barbara Streisand. In 1997, Lightfoot received the Governor General's Performing Arts Award, the highest honor for the performing arts in Canada. Later, in 2012, he earned the Queen Elizabeth II Diamond Jubilee Medal, and was inducted into the Songwriters Hall of Fame. Lightfoot was also the subject of the 2019 documentary film "Gordon Lightfoot: If You Could Read My Mind."

Gordon lives in North York, Toronto in one of areas wealthiest pockets. He purchased his mansion in 1999 for $4 million. Today the home is worth an estimated $15 million. Rapper Drake's massive mansion is located right across the street.