Gloria Loring net worth: Gloria Loring is an American actress and singer who has a net worth of $20 million dollars. Gloring Loring was born in New York, New York, and began her professional singing career in her early teens. She released her first album in 1968, and was a popular fixture on various variety shows and awards programs throughout the 70s.

She gained additional recognition as a composer, co-writing the theme songs for such shows as "Diff'rent Strokes" and "The Facts of Life", among other projects. She is also a published author, and has written multiple books on cooking and living with diabetes. Since debuting, Gloria has released eleven more albums over the years, and scored a Top Ten Hit with her song, "Friends and Lovers" in 1986. Most recently, she published a novel called, "Coincidence Is God's Way of Remaining Anonymous", about a series of coincidences that changed her life. Gloria Loring was married to Canadian actor Alan Thicke from 1970 – 1983. She is also pop singer Robin Thicke's mother. 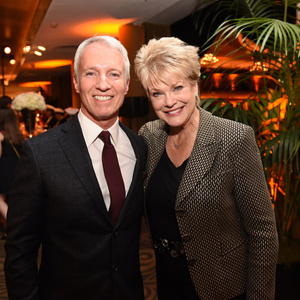