What is Gloria Estefan's net worth?

Gloria Estefan is a Cuban-American singer, songwriter, producer, actress and entrepreneur. Gloria Estefan has a net worth of $500 million. She is considered to be the most successful crossover artist in music history and has been a longtime resident of Miami, Florida. As of this writing she has sold over 130 million records worldwide.

She was born as Gloria María Milagrosa Fajardo Garcia on September 1, 1957 in Havana, Cuba and her family fled to the United States during the Cuban Revolution. Her father joined the US Military and fought in the Vietnam War and participated in the Bay of Pigs invasion; her mother worked as a school teacher for the Dade County Public School System. Upon his return from Vietnam, Estefan's father became ill with multiple sclerosis, attributed to the Agent Orange poisoning he had suffered in the war. Gloria became a naturalized U.S. citizen in 1974.

Gloria Estefan graduated with a BA in psychology and a minor in French from the University of Miami. For a time, she was a translator at the Miami International Airport in the Customs Department and because of her language abilities, she was once approached by the CIA about a potential employment opportunity.

Estefan and her cousin Mercedes Navarro met Estefan's future spouse, Emilio Estefan Jr., in 1975 while performing in a church ensemble. Emilio had formed the band Miami Latin Boys earlier that year and had heard about Gloria through a mutual friend. Gloria and merci impressed the Miami Latin Boys with their performances that they were invited to join the band permanently, changing the band name to Miami Sound Machine. In 1977, Miami Sound Machine began recording and releasing albums and grew in popularity in the U.S. and around the world. The next year, Gloria and Emilio got married.

In 1984, the band released their first Epic/Columbia album titled "Eyes of Innocence", and their successful follow up "Primitive Love" was released in 1985. This album launched three Top 10 hits on the Billboard: the instant hit "Conga," "Words Get in the Way," and "Bad Boy." They released the song "Summer Nights" that year that was part of the wildly popular "Top Gun" film. Miami Sound Machine's next album in 1987, "Let It Loose", went multi-platinum and sold three million copies just in the U.S. alone. This one included arguably their most famous song, "Rhythm Is Gonna Get You." In 1989, they had worldwide chart success in "Anything for You.". After that, the band dropped their group name and Estefan has been credited as a solo artist ever since.

Later that year, Gloria released her best-selling album to date, "Cuts Both Ways." The album had several No. 1 singles, including "Don't Wanna Lose You"  and "Cuts Both Ways." While on tour for the album, Estefan was in a terrible accident when a semi-truck crashed into her tour bus during a snowstorm on March 20, 1990 near Scranton, Pennsylvania. Estefan was returning from a meeting with President George Bush to discuss her participation in an upcoming anti-drugs campaign. She was airlifted to NYC for emergency surgery to stabilize her vertebral column. She recovered completely and went back to touring internationally just 10 months after the accident. In 1991, she returned to the charts with "Into the Light." Her single "Coming Out of the Dark" reached No. 1 in the U.S. The album was her highest debut, peaking at No. 5 on the Billboard album chart and going platinum in the UK and double platinum in the U.S. The next year, she performed in the Super Bowl XXVI halftime show. In 1992, she released her greatest hits album. She went on to release 12 more studio albums and has never truly wavered in her popularity amongst fans. In April 2020, Estefan released "Put on Your Mask", a parody of her 1989 hit song "Get on Your Feet." She changed the lyrics to reflect the importance of face masks during the COVID-19 pandemic.

Gloria Estefan is in the top 100 best selling music artists of all time and has an estimated 130 million records sold worldwide; 31.5 million of those were sold in the United States alone. She has won seven Grammy Awards and her music career has spanned over five decades. From 1977 to the present, Gloria Estefan has released 24 albums and has had 38 #1 hits throughout her career. 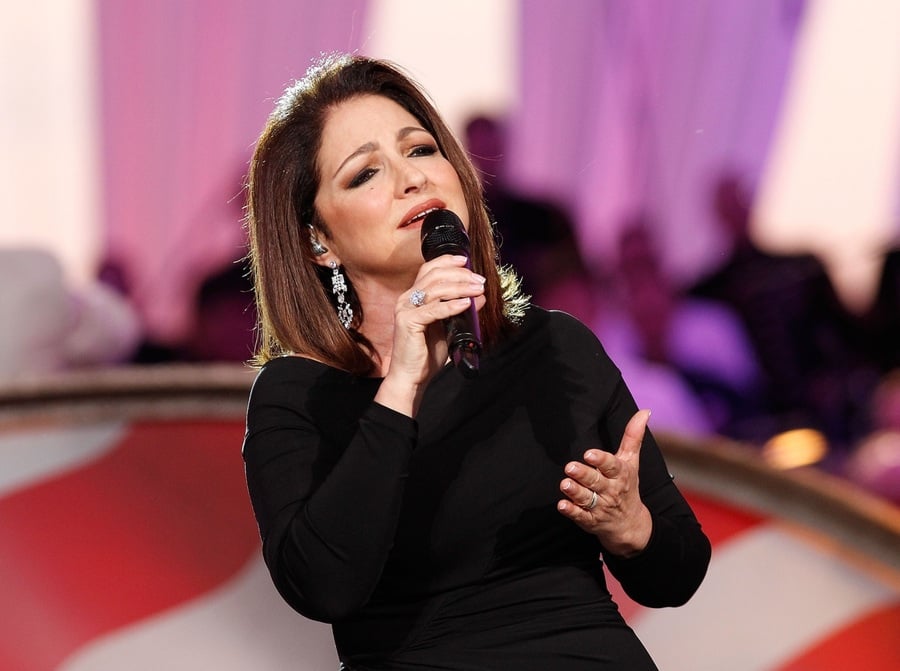 Estefan has written two children's books, The Magically Mysterious Adventures of Noelle the Bulldog (2005) and Noelle's Treasure Tale (2006). The latter spent a week at No. 3 on the NYT bestseller list. She also collaborated on a cookbook with her husband entitled "Estefan Kitchen." Published in 2008, the cookbook contains 60 traditional Cuban recipes.

was a contributor to a cookbook, and has received countless awards for excellence throughout her career. In April 2014, it was announced that there is a Broadway musical about her life planned for release. The musical, On Your Feet, directed by Jerry Mitchell, premiered on Broadway in November 2015. It covered the life and career of the singer, including her early years in Miami and her recovery from her car accident in 1990. In June 2019, the show played in London's West End for three months.

Estefan has appeared in two films, 1999's "Music of the Heart" and 2000's "For Love or Country: The Arturo Sandoval Story." She also made an appearance in 2008's "Marley & Me." She appeared in the ABC TV special "Elmopalooza" in February 1998. She appeared as a guest mentor in April 2004 on "American Idol." She also guest-starred on the shows "Glee", "The Next: Fame Is at Your Doorstep," and "One Day at a Time."

She became romantically involved with the Miami Sound Machine's band leader, Emilio Estefan in 1976, and the couple married in 1978. She proudly admitted that Emilio Estefan was her first and only boyfriend. They have one son and one daughter and the family continues to live in the Star Island section of Miami Beach, Florida.

They own a second mansion on Star Island that is worth at least $30 million. 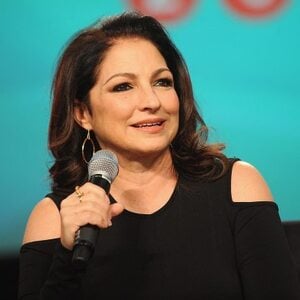