What is Ginuwine's net worth?

Ginuwine is an American singer-songwriter, rapper, actor, and dancer who has a net worth of $1.5 million. To date he has released a number of studio albums, several of which have been certified Platinum. He has sold 10 million albums in the United States alone.

In November 2014, one of Ginuwine's lawyers revealed that the singer was reportedly on the verge of filing for bankruptcy. In the revelation, his lawyer stated that Ginuwine owed the IRS at least $300,000 and much more to his law firm and various other creditors. One of those creditors, Robert Reives, was the executive producer of the record "The Bachelor". Reives was demanding at least $250,000 in unpaid royalties dating. Ginuwine's lawyer blamed the singer's financial problems on an expensive divorce from his wife, musician Solé. The parties suing Ginuwine claimed that he was falsely proclaiming to be bankrupt in order to avoid further settlements.

Ginuwine was born on October 15, 1970 and given the name of Elgin Baylor Lumpkin after famous NBA legend Elgin Baylor. He started performing at the age of 12 with the hip-hop group Finesse Five and was heavily inspired by the music of Michael Jackson and Prince.

He attended Forestville High School and graduated in 1989. He then enrolled at Prince George's Community College in Largo, Maryland where he graduated with his associate's degree in paralegal studies.

While studying in college, Ginuwine continued performing. He worked as a Michael Jackson impressionist and also sang with the group Physical Wonder. In 1996, he decided to go by the performance name of Ginuwine and was soon after discovered by Jodeci, an R&B quartet.

One of Jodeci's members, Donald "Devante Swing" DeGrate had started his own record-label, Swing Mob, which signed Ginuwine. This was a pivotal moment for his career, as he met other artists and producers, like Missy Elliott and Timbaland during this time. Even after Swing Mob went out of business, Ginuwine continued collaborating with Timbaland throughout the 1990s which ultimately produced his first album, "Ginuwine…The Bachelor" in 1996.

The album featured the first single, "Pony," which climbed to number six on the Billboard Hot 100 charts and has remained a popular song in contemporary music. It has been featured in films and videos games, including "Grand Theft Auto IV" and "Magic Mike" starring Channing Tatum.

In 1999, Ginuwine released his second album, "100% Ginuwine." This album featured the singles "Same Ol' G" and "None of Ur Friends Business," both of which became hits. Ginuwine and Timbaland had collaborated on the project but then parted ways after its release.

Ginuwine began working with other artists and producers, like R. Kelly. In 2001, Ginuwine again placed prominently on the charts with his single "Differences" reaching number four on the Billboard Hot 100 and number one of the Hot R&B/Hip-Hop Songs chart. He released his third album, "The Life," in 2001. He then collaborated with P. Diddy on his 2002 number-one song, "I Need A Girl (Part II). 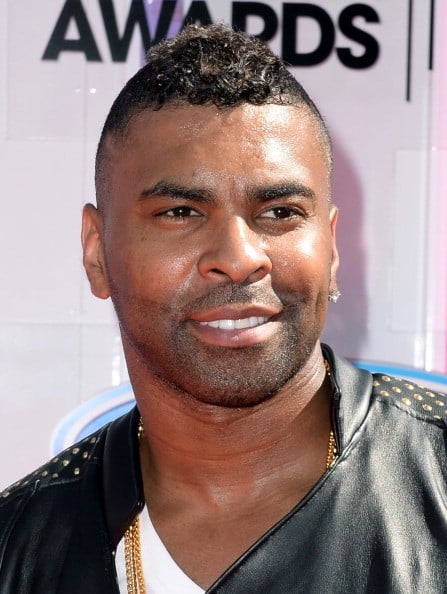 In 2002, Ginuwine also decided to start his own record label, Bag Entertainment and released his fourth studio album, "The Senior" in 2003 which debuted at number six on the Billboard 200 and went on to be certified gold.

He then released his fifth album, "Back II Da Basics" in November of 2005, which was generally not as successful as his previous albums. He then teamed up with artists Tyrese and Tank to form the R&B group TGT in 2007. While the group was supposed to tour following the release of their first single, the tour was cancelled due to scheduling conflicts.  The group went on to release their debut album several years later in 2013 called "Three Kings," which was nominated for a Grammy.

In 2009, Ginuwine released his sixth album, "A Man's Thoughts" which featured guest performances by Timbaland, Missy Elliott, and Brandy. Over the next couple of years, he continued working with other artists who were signed to his label, including the rapper Young Knight.  He then released his seventh album, "Elgin" in 2011 which debuted at number 30 on the Billboard 200. He announced he will also be producing an eight album to be titled "Same Ol'G…the Bachelor."

Ginuwine has appeared in a number of films and television shows. Early on in his career in 1998, he was cast in an episode of the CBS show "Martial Law." He was also cast in three episodes of the popular show, "Moesha" and also appeared in the show "Half & Half." He was cast as a singer in the film "Juwanna Mann" and also in the Gospel Music Channel's film production of the stage play "The Ideal Husband" in 2011. Ginuwine has been referenced in the comedy series, "Parks and Recreation," and appeared on the show as himself twice in the sixth and seventh seasons.

He was cast in the 21st season of the UK reality show "Celebrity Big Brother" in 2018 but was evicted from the house 18 days later. He is also the spokesman for the alcoholic beverage, "Adult Chocolate Milk," which is a combination of 40 proof vodka and chocolate milk.

Ginuwine met rapper Tonya Johnston, better known as Solé, in 1999 and the couple dated for a couple of years before having a daughter together, who they named Story, in 2001. They had a second daughter, Dream, in 2002. The couple then got married in the Cayman Islands in September of 2003. Genuwine also has five other children by different women and two step-children, Solé's from a previous relationship.

In November of 2014, Ginuwine announced that the couple were separating. They finalized their divorce in July of 2015.

Ginuwine has dealt with a great amount of tragedy in his own life. His father committed suicide and then his mother died of cancer less than a year later. He has been open about his struggles with depression but has also sought counseling. He has also written the song, "Two Reasons I Cry," about the death of his parents which was included on his 2001 album, "Life." 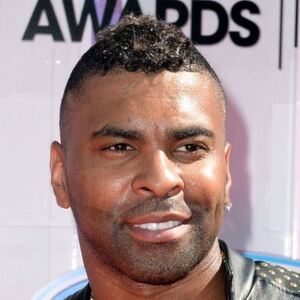