Gillian Welch net worth: Gillian Welch is an American singer and songwriter who has a net worth of $1 million. Gillian Welch was born in New York City, New York in October 1967. Her styles include America, bluegrass, folk, country, and more and she plays the acoustic guitar, banjo, and drums. She is known for her musical partnership with David Rawlings. 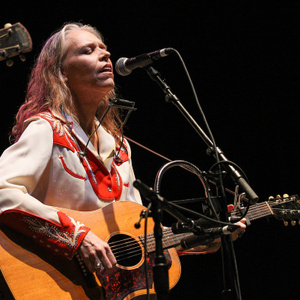