Gilby Clarke net worth: Gilby Clarke is an American musician, singer, songwriter, and record producer who has a net worth of $5 million. Gilby Clarke was born in Cleveland, Ohio in August 1962. He is best known for being the rhythm guitarist of the band Guns N' Roses. He has also been a solo artist and performed with Slash's Snakepit, Heart, Kat Men, Nancy Sinatra, MC5, and Kathy Valentine as well as his own group Rock Star Supernova.

Clarke has produced music for artists including L.A. Guns, The Bronx, Bullets and Octane, and Vains of Jenna. He was a member of Guns N' Roses for three years and played on their album "The Spaghetti Incident? in 1993. Gilby Clarke has released the solo albums Pawnshop Guitars, The Hangover, Rubber, 99 Live, Swag, and Gilby Clarke. He played on the Slash's Snakepit album It's 5 O'Clock Somewhere and on the self-titled album by Rock Stas Supernova. 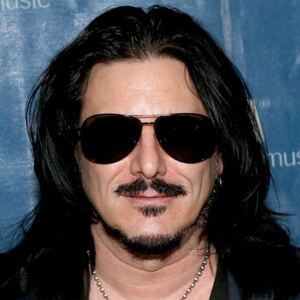