How much is Gianni Russo Worth?

Gianni Russo net worth: Gianni Russo is an American actor and singer who has a net worth of $4 million. He is best-known for playing Carlo Rizzi in "The Godfather" parts 1 and 2.

Gianni Russo was born in Manhattan, New York in December 1943. As a kid Costello contracted polio and was housed in a a children's hospital. At the hospital his nurse was the niece of mob boss Frank Costello. After leaving the hospital, the niece arranged for Gianni to work at a hair salon as a shampoo boy. He was 16 years old. One of the first heads he shampooed was that of Marilyn Monroe. Gianni and Marilyn bonded over the fact that they both spent time alone in hospitals/orphanages as kids. They ended up spending the weekend together where she became one of his first sexual experiences.

As he grew older Gianni worked his way up the mafia ranks but soon abandoned the lifestyle after seeing too many friends get hurt or murdered.

Gianni's underworld connections would become crucial in the late 1960s and early 1970s as producers began attempting to arrange a film version of Mario Puzo's novel "The Godfather". The production was facing fierce resistance from mafia bosses like Costello for the portrayal of Italian Americans and the exposing of the mafia in general. Gianni helped smooth the tensions between producers and mafia figures and in return was given the role of Carlo in the film.

He would go on to appear in many more film and TV products. In 1997 Russo starred as Frank Nichols in the television series Pacific Palisades. He has starred in the movies The Godfather Part II, Lepke, Laserblast, Winter Kills, Chances Are, Side Out, The Freshman, Out for Justice, Another You, Stay Tuned, Super Mario Bros., Striptease, Any Given Sunday, The Family Man, 3000 Miles to Graceland, Harvard Man, Rush Hour 2, Red Dragon, Seabiscuit, and After the Sunset. Russo has also appeared in episodes of the TV series Kojak, The Rockford Files, The Greatest American Hero, Hunter, Father Dowling Investigates, Jake and the Fatman, Silk Stalkings, Renegade, Walker, Texas Rangers, Strong Medicine, and Prison Break. Russo released his debut studio album Reflections in 2004.

In 2019 Gianni released a memoir titled "Hollywood Godfather: My Life in the Movies and the Mob". In the memoir he revealed a brief fling with Marilyn Monroe when he was only 16 years old. 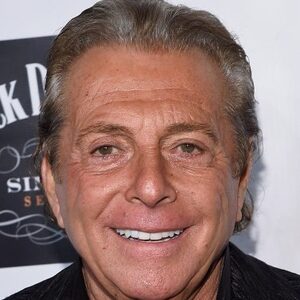