How much is Gerry Marsden Worth?

Gerry Marsden net worth: Gerry Marsden was an English musician and television personality who had a net worth of $5 million at the time of his death in 2020. He is best known for being the lead singer of the British band Gerry and the Pacemakers. Gerry died on January 3, 2021 at the age of 78.

Gerry Marsden was born in Toxteth, Liverpool, Merseyside, England, United Kingdom in September 1942. Gerry and the Pacemakers formed in 1959 and were an English beat band. They were managed by Brian Epstein and recorded by George Martin who both also worked with The Beatles. Gerry and the Pacemakers were the first group to reach #1 on the UK Singles Chart with all of their first three singles. Their debut studio album How Do You Like It? was released in 1963 and reached #2 on the UK Albums Chart. The band's 1965 album Ferry Cross the Mersey reached #13 on the Billboard 200 chart. They had #1 hits in the UK with "How Do You Do It?", "I Like It", and "You'll Never Walk Alone". The band also had success with the songs "Don't Let the Sun Catch You Crying", "Ferry Cross The Mersey", "I'll Be There", and "Walk Hand in Hand". Marsden has also released many other albums including his latest He Ain't Heavy, He's My Brother as part of the Justice Collective in 2012. 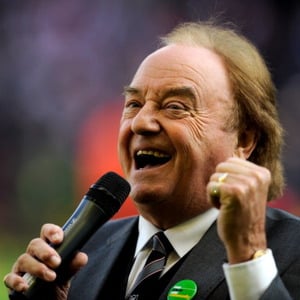