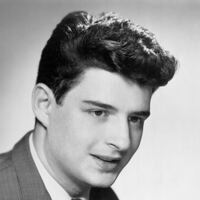 Gerry Goffin Net Worth: Gerry Goffin was an American lyricist who had a net worth of $50 million. Born in Brooklyn, New York, in 1939, Gerry Goffin enlisted in the U.S. Military before resigning to pursue a chemistry degree at Queens College in his home state. Goffin met Carol Klein, better known under the stage name Carole King, while in school, and the two began writing music together. Goffin penned the lyrics, while King created the melodies. Their songs include "Take Good Care of My Baby", "Will You Love Me Tomorrow", "Go Away Little Girl", "The Loco-Motion", "One Fine Day", "I'm Into Something Good", "Goin' Back", "You Make Me Feel Like A Natural Woman", and "Pleasant Valley Sunday". Goffin and King began dating and married in 1959 after she got pregnant at 17. Five years later, Goffin got a second woman pregnant, though his marriage to King would last until 1969. They continued collaborating on music even after the demise of their marriage until, according to Goffin, he became more of a hippie and started taking drugs, and King wanted to work on her own. After their professional break-up, Goffin released his solo debut album, 1973's "It Ain't Exactly Entertainment", and continued to work with other composers before releasing his second solo album, "Back Room Blood". He earned an Oscar nod for 1976's theme song to "Mahogany", which was performed by Diana Ross. Goffin also received a Golden Globe nomination for a song from the 1976 movie "Pipe Dreams". In 1987, Goffin and King were inducted into the Songwriters Hall of Fame, and the Rock and Roll Hall of Fame three years later. Goffin had been married four times, most recently to Michele Conaway in 1995. He died on June 19, 2014, in Los Angeles, California. Goffin was 75 years old.