What is Geri Halliwell's Net Worth?

Geri Halliwell is a British pop singer and actress who has a net worth of $40 million. Perhaps better known as "Ginger Spice," Halliwell was elevated to stardom after the success of her pop group, the Spice Girls. This all-girl group became the most commercially successful female group of all time, and Geri became a central figure in the music industry. During this period, she became famous for shouting the phrase "girl power" (more so than the other members), and she also wore an iconic Union Jack dress.

After leaving the Spice Girls to pursue a solo career, she returned to the Spice Girls when they reunited in 2007. During her solo career, Halliwell released a number of albums with chart-topping singles. As a solo artist, she became particularly renowned for her single "It's Raining Men." Outside of her music career, Geri has acted as a judge on reality TV competitions such as "The X Factor UK" and "Australia's Got Talent." In addition, she has published two autobiographies and a series of children's novels.

Geraldine Estelle Halliwell was born on August 6th of 1972 in Watford, Hertfordshire. Geri has both Spanish and Finnish heritage. After graduating from secondary school, Halliwell worked as a nightclub dancer in Majorca. She also appeared in a Turkish game show and started a career as a glamour model. Eventually, she posed nude as a "Page 3 girl" for "The Sun." These photos were widely circulated after Geri rose to fame with the Spice Girls.

In 1994, Geri Halliwell joined Emma Bunton, Melanie Chisholm, Melanie Brown, and Victoria Adams to create the Spice Girls. After a number of contractual disputes with various management groups, the women formed a partnership with Simon Fuller. After signing a contract with his company, 19 Entertainment, the Spice Girls signed a record deal with Virgin Records. While working on a debut album, they toured the United States.

In 1996, the Spice Girls released their debut single, "Wannabe." The track topped the chart in 37 countries and broke numerous records. The Spice Girls would eventually release three albums: "Spice," "Spiceworld," and "Forever." During this period, they also released nine more number-one singles. Haliwell also earned the nickname "Ginger Spice" because of her hair color and her first name.

Although the Spice Girls had been quite successful, Geri made the decision to leave the group in 1998. She had been struggling with depression at the time, and conflicts arose between group members. Although her departure was seen as a controversial move, Haliwell made her mark on the music industry. As of 2020, the Spice Girls have sold more than 75 million albums worldwide.

After leaving the Spice Girls, Geri embarked on a solo career. She started by releasing her debut album "Schizophrenic," which contained the hits "Look at Me," "Lift Me Up," and "Bag It Up." Eventually, the album reached double-platinum status and sold 600,000 copies in the United Kingdom alone. Globally, the album sold 3 million copies. In 2001, Halliwell released her second album, entitled "Scream If You Wanna Go Faster." She famously covered "It's Raining Men," which was originally released by The Weather Girls in 1983. This song was used in the film "Bridget Jones's Diary" and topped the charts in various nations. 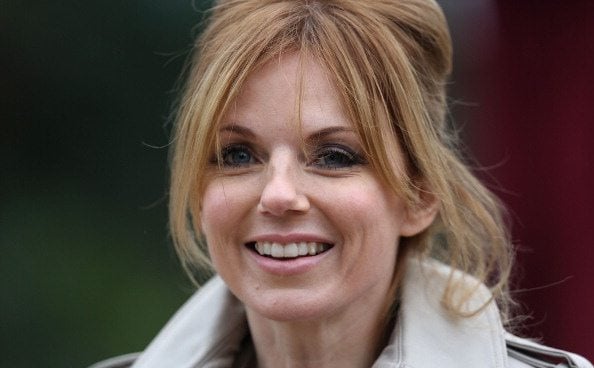 After appearing as a judge on the reality series "Popstars: The Rivals," Halliwell released the single "Ride It." A brief period of inactivity followed before she released another track called "Desire." At this point, her solo career began to lose momentum, and her record contract was not renewed. Geri subsequently announced that she was not planning to release another album and that she was focusing on being a mother.

As early as 1999, Geri Halliwell was publishing books. Her first was a 1999 autobiography entitled "If Only." All profits were donated to a breast cancer charity, and she later published a second autobiography. In 2007, Geri signed a six-book deal to create a series of children's books. By 2008, these books had already sold more than 250,000 copies.

In 2010, Halliwell released a swimwear collection through the British retailer Next. She then released a line of clothing that featured her famous Union Jack motif. Geri also released two instructional yoga DVDs. In addition, Halliwell has appeared in TV series such as "Sex and the City," and movies like "Fat Slags" and "Crank: High Voltage."

In 2005, Geri began a relationship with a screenwriter called Sacha Gervasi. In 2006, Halliwell gave birth to their daughter. In 2014, she started dating Formula One principal Christian Horner, and they became engaged later that year. They were married in 2015, and they eventually welcomed a child into the world in 2017.

Halliwell once admitted that she struggled with bulimia in the past, and she even stated that it almost killed her. At one point, Geri weighed just 98 pounds. She received medical help after Robbie Williams confronted her about her unhealthy behavior. 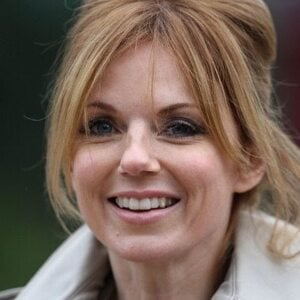