Gerard Joling net worth: Gerard Joling is a Dutch singer and television presenter who has a net worth of $20 million. Gerard Joling was born in Akmaar, Netherlands in April 1960. He is known for his high tenor voice and became popular in the late 1980s. His most popular single "No more boleros" reached the Top 10 in several countries including mainland Europe and he also had hits with the singles "Ticket to the Tropics" and "Love is in your Eyes".

Joling represented the Netherlands in the Eurovision Song Contest 1988. He was featured in the television series Joling & Gordon Over de Vloer. He hosted the TV series So You Wanna Be a Popstar which sparked his renewed success in 2007. 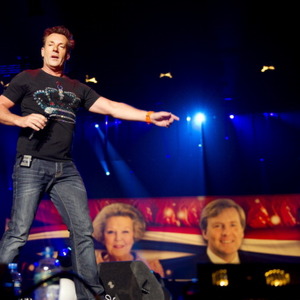