How much is Gerald Levert Worth?

Gerald Levert Net Worth: Gerald Levert was an American soul singer, songwriter, and producer who had a net worth of $5 million. Gerald Levert was born in Cleveland, Ohio in July 1966 and passed away in November 2006. He was a part of the trio LeVert and the super group LSG. Gerald's father Eddie Levert is the lead singer of the 1970s soul group The O'Jays. He traveled with the band often as a child and he formed LeVert with his brother Sean and Marc Gordon in 1984. LeVert released their debut studio album I Get Hot in 1986. Their 1987 album The Big Throwdown was certified Gold and hit #3 on the US R&B chart and #32 on the Billboard 200, as well as the Top 100 in Canada and the UK. They released a total of seven albums and had #1s with the singles "Casanova", "Addicted to You", "Just Coolin" (featuring Heavy D), and "Baby I'm Ready". LSG was composed of Gerald, Keith Sweat, and Johnny Gill. Their debut album Levert.Sweat.Gill. was released in 1997 and was certified 2x Platinum and reached #2 on the US R&B and #4 on the Billboard 200 charts. The album featured the Platinum single "My Body" which hit #1 on the US R&B and #4 on the Billboard Hot 100 charts. Gerald Levert also released 10 solo studio albums. He won a Grammy Award, a BET Award, an Image Award, and two Soul Train Awards. He also performed duets with his father Eddie Levert as well as Miki Howard, Keith Sweat, and Teena Marie. Gerald Levert passed away on November 10, 2006 at the age of 40 from an accidental drug overdose. 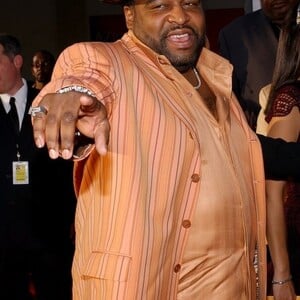