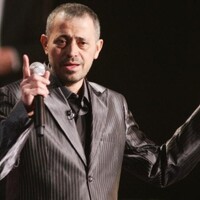 George Wassouf net worth: George Wassouf is a Syrian singer who has a net worth of $20 million. George Wassouf was born in Kafroun, Syria in December 1961. He has sold more than 30 million albums worldwide and started singing at 10 years old. At 12 years old Wassouf was discovered performing at a wedding party. He was debuted "The Sultan of Music" at 16 years old and gained fame when he appeared on the Lebanese television series Studio El Fan 1980 at 19 years old. He has released many Arabic music albums and supports the Bashar al-Assad government through the Syrian Civil War.