How much is George Strait Worth?

George Strait Net Worth: George Strait is an American country music singer, music producer, and actor who has a net worth of $300 million. Celebrated as the "King of Country," he is considered one of the most popular recording artists of all time. Unlike many of his contemporaries, George Strait made sure to stick to the traditional elements of country music and inspired others to move away from the pop-infused sounds that became popular during the 80s.

Strait is one of the best-selling artists of all time, having sold more than over 100 million records worldwide. Of all his albums, 13 have reached multi-platinum status (including the 8 times platinum "Pure Country") while a further 33 have achieved platinum status. Overall, Strait is the 12th-best-selling artist in US history. In the 2000s, he was inducted into the Country Music Hall of Fame.

Early Life: George Harvey Strait Junior Senior was born on May 18th of 1952 in Poteet, Texas. Raised alongside two siblings on a 2,000-acre cattle ranch owned by his father in Pearsall, George was working with animals and doing farmhand work from a very early age. When he was in grade four, his parents divorced. Strait first became interested in music during his high school days and joined a rock 'n roll band with other students. Although he was initially drawn in by bands like the Beatles, he quickly fell in love with country artists such as Hank Thompson, Lefty Frizzell, and Merle Haggard. He regularly attended live performances by country artists across Texas.

After graduating high school, he enlisted in the Army and was stationed in Hawaii. Once there, he joined an Army-sanctioned country band and welcomed his first child into the world with his wife, Norma. He spent a total of four years in the Army and reached the rank of Corporal. After his honorable discharge, he pursued post-secondary education at Southwest Texas State University, eventually graduating with a degree in Agriculture.

Career: While in college, Strait joined a band called Stoney Ridge, eventually becoming the lead and renaming the group The Ace in the Hole Band. They quickly gained a following in Texas and began opening for high-profile artists such as the Texas Playboys during live performances. Eventually, they were given the opportunity to record several singles. However, the group never really took off and George earned a living by working on his family's ranch.

He was very close to quitting after being rejected by every major record label he approached, but his wife convinced him to stick with it. In 1981, he was finally offered a recording contract by MCA. That year, he released his first single, "Unwound." It proved to be a massive hit, climbing to number six on the country charts and prompting George to release a debut album called "Strait Country." The album was impactful for many reasons, primarily because it proved that traditional country sounds could still be popular in a modern era. Previously, the genre was shifting heavily towards pop music.

In 1982, Strait followed up with a second album called "Strait From the Heart," which featured his first number-one single, "Fool Hearted Memory." During this period, he started to perform at live shows for the first time. Following the tragic death of his 13-year-old daughter, George Strait severed ties with the media and stopped doing interviews, although he continued to crank out numerous hits. 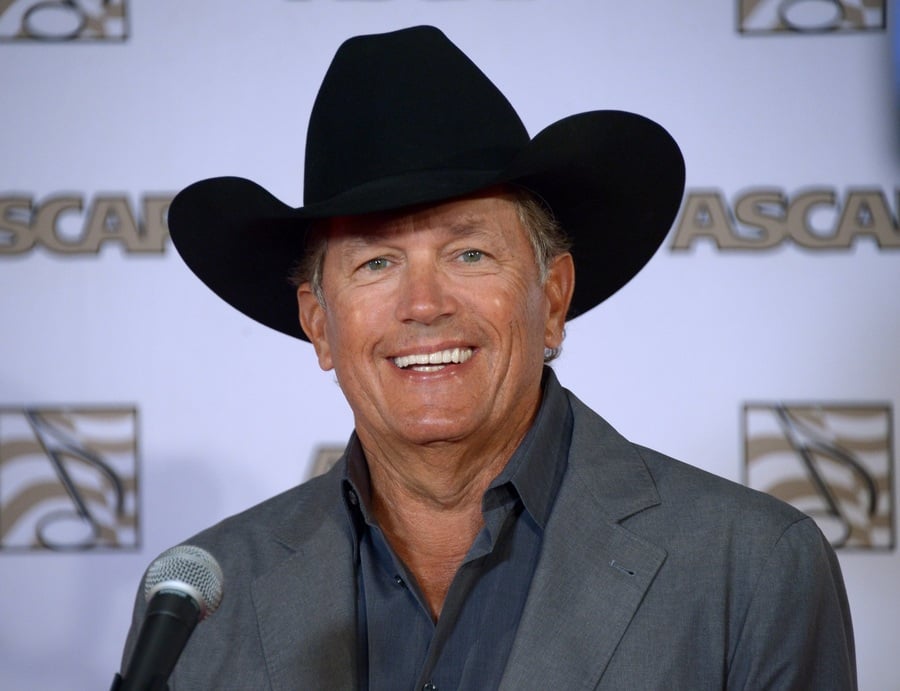 He finished the 80s with a number of well-received albums before branching out with different sounds in the critically-acclaimed 1990 album "Livin' It Up." After releasing the album "Holding My Own," he starred in the box office bomb "Pure Country." While the film was a failure, the soundtrack (which Strait released) proved to be his most commercially successful album of all time.

After releasing many more high-performing albums, Strait founded the George Strait Country Music Festival in 1997. The festival would repeat for the next four years, and Strait performed alongside some of the biggest names in country music. During this period, he released the album "Always Never the Same" in 1999. The year 2000 marked a bit of a decline for Strait, as his self-titled album did not reach platinum status. Over the next few years, Strait would continue to release fairly successful albums with his tried-and-true country music formula.

Relationships: Strait married his high school sweetheart Norma in 1971. Together, they had two children. Their daughter was killed in a car accident in 1986, prompting George to start the Jenifer Lynn Strait Foundation, a children's charity.

Brand Endorsements: George Strait is a spokesperson for Wrangler Jeans, partnering with them to raise awareness for their National Patriot program. The initiative aims to raise money for American veterans and their families, focusing on the fallen or those who have been wounded in action. Strait has also partnered with Justin Boots, Resistol (a brand that makes cowboy hats) Garia (a Danish manufacturer of luxury golf cars), and Codigo Tequila.

Touring: George Strait was quite innovative when it came to his tours. He created a 360-degree "theater in the round" approach to concerts that allowed more viewers to attend. This "festival approach" was also commercially successful, and George raked in $99 million in just three years during the Strait Tours. Strait often earns significant amounts of money despite relatively few tour dates. For example, he earned $15 million in 2005 with a tour that had only 18 shows.

In 2012, he announced that his Cowboy Rides Away tour would be his last. The tour was extremely successful, and he set a new record for the highest-grossing single-show concert with earnings of over $18 million after a single performance in Arlington. It was also George's last-ever concert, and it drew in more than 100,000 fans. This broke the previous record held by the Rolling Stones for the highest-attendance for an indoor concert. 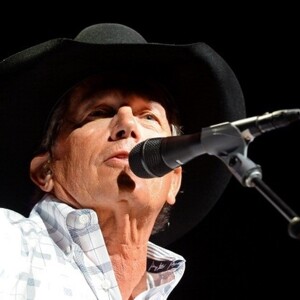