How much is George Ezra Worth?

George Ezra net worth: George Ezra is an English singer-songwriter who has a net worth of $20 million. George Ezra was born in Hertford, England in June 1993. He studied at the British and Irish Modern Music Institute in Bristol. Ezra released his debut studio album Wanted on Voyage in 2014 on Columbia Records. The album was certified 3x Platinum in the UK and Platinum in Australia. It was also certified Gold in France, Germany, New Zealand, and Switzerland. The album reached #1 in the UK and made the Top 10 in Australia, Austria, France, Germany, Ireland, New Zealand, and Switzerland. Ezra is best known for his single "Budapest" which reached #1 in Austria and New Zealand and made the Top 5 in the UK, Australia, France, Germany, Ireland, and New Zealand. He also had success with the single "Blame It on Me". Ezra has been nominated for BBC Music Awards, Brit Awards, Teen Choice Awards, and MTV Video Music Awards. 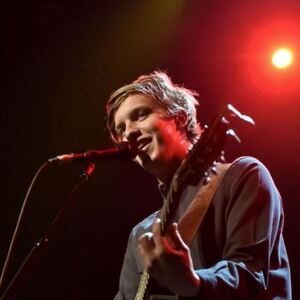