George Duke Net Worth: George Duke was an American musician who had a net worth of $500 thousand at the time of his death. Duke stood as a true master among keyboardists of both jazz and popular music in the 20th century.

He was born on January 12, 1946, in San Rafael, California. As a child Duke studied the piano at school and by the age of sixteen he had already played with a number of high school jazz groups. Heavily influenced by the sounds of Miles Davis, Les McCann and Cal Tjader, he went on to extend his musical knowledge at the San Francisco Conservatory where he earned his B.A. degree in 1967.

After he received a M.A. in composition from San Francisco State University, Duke briefly taught a course on Jazz And American Culture at Merritt Junior College in Oakland. It was at this point that George started to release a series of jazz LP's on the MPS label. 1969 marks his performances with French violinist Jean-Luc Ponty, accompanying Ponty's electric violin with an electric piano. Next he played on Frank Zappa's album King Kong, after which he joined Zappa's group. This experience transformed his music forever. The two artists co-wrote "Uncle Remus" for Apostrophe (1972), a song about black attitudes to oppression. In 1972, Duke also contributed to a great edition of the rock band Mothers Of Invention and toured with Cannonball Adderley (replacing Joe Zawinul). After Zappa, Duke expressed his leaning towards soul jazz and eventually went for full-frontal funk. H showed his mastery in more than 30 albums that he made on his own. As for his major hit singles, they include such tracks as the funky "Reach For It" and the deliciously smooth "No Rhyme, No Reason." The world lost this legendary artist on August 5, 2013. 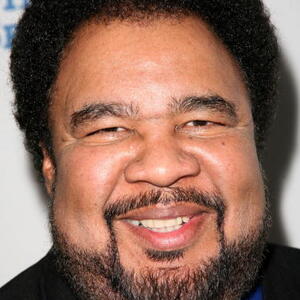