He has released more than 30 albums, with most of his success coming in the 70s and 80s although his career underwent a renaissance starting in 2011. Watson has had several successful singles including "Love in the Hot Afternoon", "Paper Rosie", "Farewell Party", "Pick the Wildwood Flower", "Should I Come Home (Or Should I Go Crazy)", "Nothing Sure Looked Good on You", "Fourteen Carat Mind", "Speak Softly (You're Talking to My Heart)", "This Dream's on Me", "What She Don't Know Won't Hurt Her", "You're Out Doing What I'm Here Doing Without", "Got No Reason Now for Goin' Home", "Memories to Burn", "Everybody Needs a Hero", "Don't Waste It on the Blues", "Back in the Fire", and "The Jukebox Played Along". 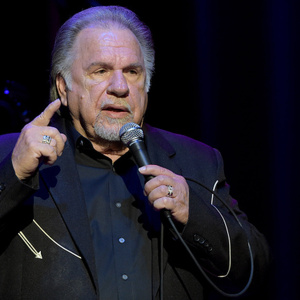