Gavin DeGraw net worth: Gavin DeGraw is an American singer/songwriter and musician who has a net worth of $14 million. Gavin DeGraw was born February 4, 1977 in South Fallsburg, New York. His debut album Chariot was first released in 2003 on J Records and re-released in 2004 as Chariot (Stripped), which included all of the original Chariot content as well as a bonus disc.

The bonus material was stripped-down (made simply and with minimal instrumentation) studio recordings of all of the original songs, as well as a cover of Sam Cooke's Change is Gonna Come. He got his big break when a single from Chariot, titled I Don't Want to Be was chosen as the theme song for the teen drama One Tree Hill. The song became a Top 10 hit on the Billboard Hot 100 Singles chart. Two of the album's other singles, Follow Through and Chariot, also achieved popularity and radio play. The album was successful and later certified platinum in the United States. His next album, Gavin DeGraw, was released in 2008, peaking at No. 7 on the Billboard 200 Albums chart. The first single, In Love with a Girl, reached No. 24 on the Billboard Hot 100. Degraw's third album, Free, was released in 2009. DeGraw recorded Free in less than two weeks at the Brooklyn studio of his producer Camus Celli. The album peaked at No. 19 on the Billboard 200. The first single, Stay, was released through DeGraw's website. Not Over You, the first single from his upcoming album, Sweeter, was released in June 2011. The track was co-written and produced by Ryan Tedder. On August 8, 2011, DeGraw was hospitalized after being assaulted by several people in New York City. He suffered a broken nose, a concussion, two black eyes and lacerations to his face. Only minutes after the attack, DeGraw was then struck by a taxi. He was admitted to Manhattan's Bellevue Hospital Center and had to cancel his scheduled August 9 performance in Saratoga Springs, New York. 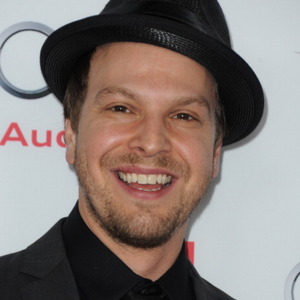