Gary Numan net worth: Gary Numan is an English singer, composer, and musician who has a net worth of $7 million dollars. Gary Numan, also known as Gary Anthony James Webb, was born in Hammersmith, West London, United Kingdom and began playing guitar when he was fifteen years old. After joining the Air Training Corps as a teenager, he worked various odd jobs, primarily in construction, while also performing with various rock groups.

He began to gain notice after forming the band, Tubeway Army, in the 70s. The band signed with Beggars Banquet Records in 1978, but the first few singles they released were unsuccessful. However, they finally scored a #1 hit with "Are 'Friends' Electric? in 1979, and their subsequent album went to #1, as well. He then became a breakout star with his solo album, "The Pleasure Principle". He has gone on to release 16 solo albums since, and has continued to tour to this day. He is often cited as an influential musician for many successful rock bands, and has fans worldwide. 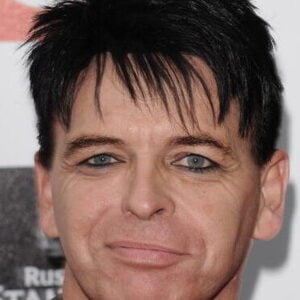