Gary Garland net worth: Gary Garland is an American singer and former professional basketball player who has a net worth of $5 million. Gary Garland was born in East Orange, New Jersey in October 1957. He was a 6'4″ guard who played at Clifford J. Scott High School and DePaul University. Garland was drafted #30 overall by the Denver Nuggets in the 1979 NBA Draft.

He only played one season in the NBA. He is better known for being the half-brother of Whitney Houston and the son of Cissy Houston. Gary Garland is also the uncle of Bobbi Kristina Brown. He was a backup singer for Whitney Houston's Greatest Love Tour in 1986 and continued to tour with her after that including for her Moment of Truth World Tour, I'm Your Baby Tonight World Tour, The Bodyguard World Tour, Pacific Rim Tour, The European Tour, My Love Is Your Love World Tour, Soul Divas Tour, and Nothing But Love World Tour. 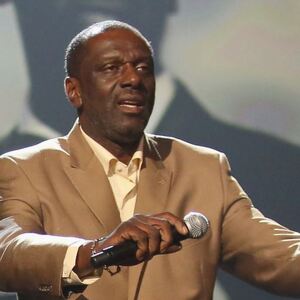