Cherone started singing in local bands in his teenage years. In 1979 he formed the hard rock band Adrenalin which was later changed to The Dream and released an EP in 1981. Extreme formed in Boston, MA in 1985. Their self-titled debut studio album was released in 1989 on A&M Records. The band's second album Extreme II: Pornograffitti was certified 2x Platinum and reached #10 on the Billboard 200 chart. Extreme's third studio album III Sides to Every Story was released in 1992 and also reached #10 on the Billboard 200 chart and reached #2 in the UK. Their fourth album Waiting for the Punchline was released in 1995 and after the band reunited they released their latest album Saudades de Rock in 2008. Their most successful single "More Than Words" reached #1 on the Billboard Hot 100 chart and reached #1 in the Netherlands and #2 in the United Kingdom and Australia. Extreme has sold more than 10 million albums worldwide. Cherone was the singer for Van Halen for their 11th album Van Halen III and the tour that followed. He has also released albums with Tribe of Judah, Cherone, and Hurtsmile. 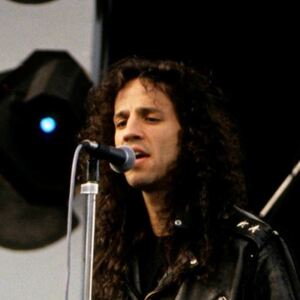