Gary Barlow net worth: Gary Barlow is a British-born musician who has a net worth of $125 million dollars. Gary Barlow is a singer-songwriter, pianist, and producer. Gary Barlow has received recognition and fame as both the primary vocalist for the band, Take That, and for his solo work. He is a prolific songwriter who was even voted the greatest British songwriter of all time, beating out both John Lennon and Paul McCartney. In 2012 he was nominated into the Order of the British Empire (OBE) for his contribution to the fields of music and art. As of this writing, he has sold over 50 million albums around the world during his career.

Early Life: Gary Barlow was born on January 20, 1971 in Frodsham, Cheshire, England. He attended Weaver Vale Primary School and moved on to Frodsham High School in 1982. He was heavily influenced by late '70s and early '80s pop artists such as Depeche Mode and has credited Elton John with inspiring him to learn to play the piano. He entered a BBC Pebble Mill at One Christmas competition at age 15 and made it to the semi-finals, after which he was invited to London's West Heath Studios to record his song. His first performance was in Wales at the Connah's Quay Labour Club in the late '80s.

Career: In 1989, Barlow appointed show business agent Barry Woolley to be his manager and he recorded a single, "Love Is in the Air" which was never released commercially. Barlow was put in touch with casting agent Nigel Martin-Smith, who was interested in starting a boyband. Martin-Smith decided to use Barlow as the lead singer of said band after being impressed by his self-written songs, including an early demo of his own "A Million Love Songs."

Barlow wrote the majority of the group's songs, and is widely recognized now as the lead singer of the boyband Take That. After Barlow was chosen as the group's lead singer, Martin-Smith brought Howard Donald, Jason Orange, Mark Owen, and finally, Robbie Williams, into the fold. The group was signed by RCA records and they scored their first No. 1 song with "Pray." Other hits included "A Million Love Songs," "It Only Takes a Minute," and "Could It Be Magic." Take That's debut album, "Take That & Party," was released in August 1992. It quickly reached No. 2 on the UK Album Chart.

Their second album, "Everything Changes," was based almost solely on Barlow's own material. It shot straight to No. 1 in the UK and spawned four No. 1 singles. Barlow won an Ivor Novello Award for Best Contemporary song in 1994 for the No. 1 hit "Pray." Later that year, Barlow did backing vocals for Elton John's rendition of "Can You Feel the Love Tonight" from "The Lion King." Take That's third album "Nobody Else," also based on Barlow's own material, went straight to No. 1 and produced three No. 1 singles, including Barlow's "Back for Good," arguably still their best-known song today. A greatest hits collection followed, again reaching number one. The album's single "How Deep Is Your Love" was their last single until they reformed in 2005. On February 13, 1996, Take That announced they were disbanding. 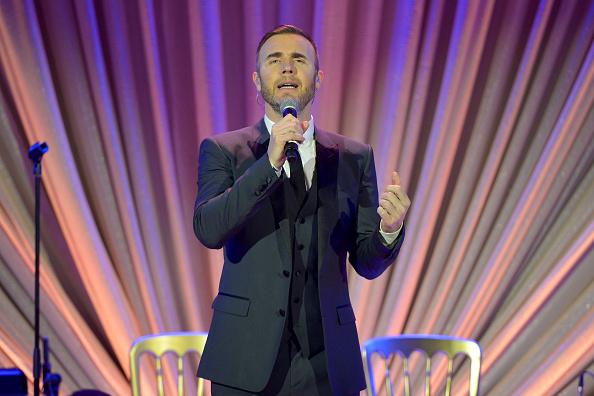 After the break up of Take That, Barlow embarked on a solo career that proved to be very successful. His first two singles "Forever Love" and "Love Won't Wait" both leaped to No. 1 in the UK. His debut album "Open Road" reached No. 1 on the UK Albums Chart and sold 2 million copies worldwide. Barlow's first single to be released in the United States as a solo artist was "So Help Me Girl," which reached No. 44 on the Billboard Hot 100 singles chart and No. 1 on the US Billboard Contemporary chart. He achieved another top ten hit in the UK with his single "Open Road," which peaked at No. 7. Barlow released his second LP, "Twelve Months, Eleven Days" in 1999. It received little promotion and peaked at a disappointing No. 35. In late 1999, Barlow quit his career as a singer. From 2000-2004, he was a producer for multiple other artists. In 2005, he resumed his singing career after a six-year break. Barlow sold millions of records as a solo artist.

Take That made a comeback in 2005 after they were thrust into the spotlight following a successful TV documentary: "Take That: For the Record." New success and renewed interest resulted in Take That experiencing a career renaissance in 2005 when the post-Robbie Williams line up re-formed for a sold-out arena and stadium tour. Their comeback single "Patience" went to No. 1 for four weeks in the UK while also topping the charts across Europe. "Patience" won a Brit Award for single of the year. The following single "Shine" became the band's tenth number-one single. Take That released their first album of new material in over ten years, "Beautiful World." The album peaked at No. 1 on the UK album chart and the band was nominated for four Brit Awards (Best British Group, Best British Album, Best British Single and Best British Live Act) in 2008. They won Best British Single and Best British Live Act. They later released their second album since their reunion, "The Circus," which went straight to the top of the UK album chart and went multi-platinum just four days after its release.

In addition to his work with the band and his solo work, Barlow has written for fellow Take That member Robbie Williams, Elton John, Lily Allen and many more. Even the Queen of England asked Gary to co-write a song for her diamond jubilee along with Andrew Lloyd Weber. He was hired to be the main judge on The X Factor UK for the show's eighth, ninth and tenth seasons. To date, Gary has been nominated for dozens of music industry awards. He has won five Ivor Novello Awards for songwriting.

Personal Life: Barlow married Dawn Andrews in 2000. Dawn was a dancer on Take That's 1995 Nobody Else tour. They have three children:  Daniel (born 2000), Emily (born 2002), and Daisy (born 2009). In 2012, the couple revealed that their daughter Poppy was stillborn. Despite the loss of his daughter a week prior, he performed at the London 2012 Olympic Games Closing Ceremony, singing the hit "Rule the World." 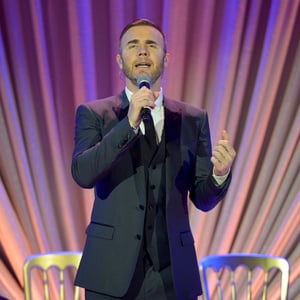