What is Garth Brooks's net worth?

Garth Brooks is an American country music star who has a net worth of $400 million. That is a combined net worth with his wife, fellow country singer Trisha Yearwood. The vast majority of the couple's net worth ($300 – $350 million) is attributable to Garth.

Garth is a wildly successful country music artist who has had six albums certified diamond. According to the RIAA, he is the best-selling solo albums artist in the United States with 148 million domestic units sold, ahead of Elvis Presley, and is second only to The Beatles in total album sales overall.  He is also one of the world's best-selling artists of all time, having sold more than 200 million albums worldwide.

Troyal Garth Brooks was born in Tulsa, Oklahoma on February 7, 1962. He is the youngest child of Troyal Raymond Brooks and Colleen McElroy Carroll. His father was a draftsman for an oil company and his mother was a country singer in the 1950s who appeared on the television show "Ozark Jubilee." Garth is a child of each of his parents' second marriages. He has four older half-siblings and one older sister. Growing up, his family hosted weekly talent shows where all six kids had to put on a skit or sing. Though Garth enjoyed singing growing up, his main focus was on sports, In high school, Garth played football, baseball, and was on the track and field team. He was awarded a track scholarship to Oklahoma State University. His specialty was the javelin. Brooks graduated from college with a bachelor's degree in marketing in 1984.

After college, Brooks started playing guitar and singing in local bars and clubs in 1985. An entertainment attorney drove from Dallas to Stillwater, Oklahoma just to hear Brooks play. He offered to produce his first demo. Brooks left for Nashville in search of a record contract. Within 24 hours, he was back in Oklahoma. The attorney convinced Garth to give Nashville another shot. Brooks moved to Nashville in 1987.

"Hungry Years," Brooks' first album was released in 1989. The album peaked at number two on the country album charts. His first number one hit, "If Tomorrow Never Comes," is off this album. That same year, Brooks went out on tour as the opening act for country music legend Kenny Rogers. Brooks' second album, "No Fences," was released in 1990 and spent 23 weeks in the number one spot on the country albums charts. The songs "Friends in Low Places" and "The Thunder Rolls" are off this album. "No Fences" is Brooks' highest-selling album with four number one country singles off the album. "Ropin' the Wind," Brooks' third album was released in the fall of 1991 and debuted on the main album charts at number one. This was the first time a country artist accomplished this feat. Brooks was also the first country artist to have three albums in the Billboard 200's album chart's top 20 at the same time. He released "The Chase," his fourth album, in the fall of 1992.

In 1993, Brooks released "In Pieces," which hit number one on the country and main charts. He set off on his first world tour that same year, selling out Wembley Arena in England, a first for an American country act. Two years later, he released "Fresh Horses" and the single "She's Every Woman." Also in 1995, he went out on his second world tour, which played to 5.5 million people and grossed more than $105 million. In 1998,  he released his first live album, "Double Live."

In October 1999, he released "Garth Brooks in…The Life of Chris Gaines," the soundtrack to a movie called "The Lamb." This project was a failure.

On October 26, 2000, Brooks officially announced his retirement from recording and performing. 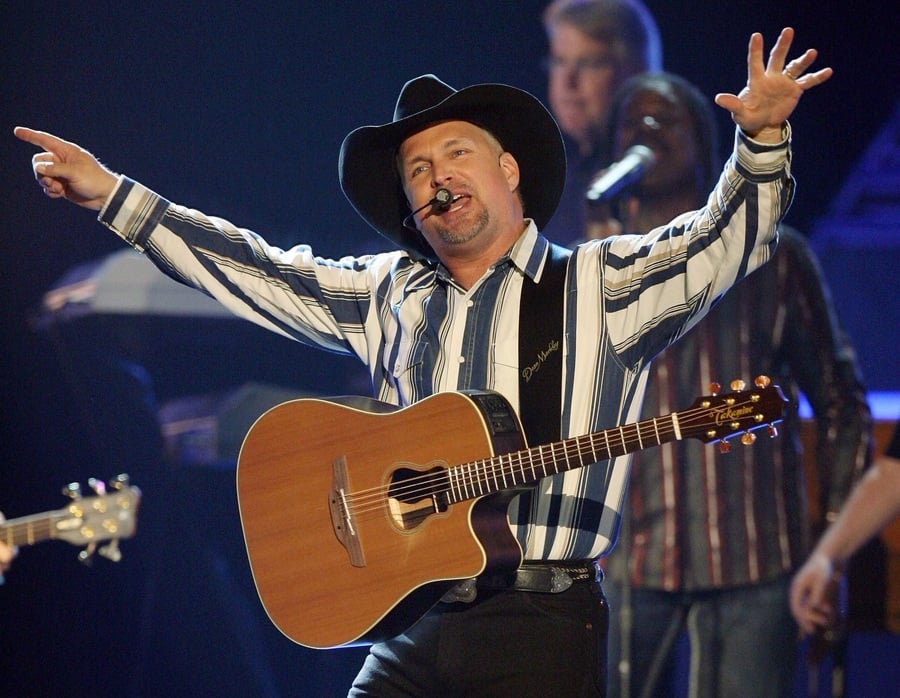 In the fall of 2007, Brooks put on nine sold-out concerts called "Garth Brooks: Live in Kansas City." It was intended to only be one concert but huge demand saw all nine shows sell out in less than two hours. That's about 140,000 tickets sold. A few months later, in January 2008, Brooks played five sold-out shows in less than 48 hours in Los Angeles as part of a fundraiser for the 2007 wildfires.

In the fall of 2009, Brooks again briefly came out of retirement for a Las Vegas residency at Steve Wynn's Encore Las Vegas hotel and casino. Wynn gave Brooks access to a private jet so he could maximize his time with his family in Oklahoma and still be in Vegas on the weekends for his shows.

In 2014, Brooks came out of retirement with a new single, "People Loving People," a new album, "Man Against Machine," and a world tour. In 2016, Brooks released a compilation album in partnership with Target called "The Ultimate Collection." The album "Gunslinger" and single "Baby, Let's Lay Down and Dance."

In 2018, the single "All Day Long," off the 2020 album "Fun" was released. That same summer, Brooks announced his Stadium Tour with 30 North American stadiums including at the iconic football stadium on the campus of the University of Notre Dame in South Bend, Indiana. In 2019, Brooks embarked on the Dive Bar Tour, with stops at seven dive bars across the U.S.

During the COVID-19 pandemic, Brooks and Trish Yearwood put on an informal concert which was broadcast to 5.2 million people on Facebook Live. The performance was glitchy and kept crashing due to the number of people trying to access it. Brooks and Yearwood then did the same kind of concert the following week on CBS and donated $1 million to pandemic relief causes. The CBS broadcast brought in 5.6 million viewers. On July 7, the couple went back to Facebook Live for another event and took song requests from fans.

In late June 2020, Brooks performed a concert that was broadcast at 300 drive-in theatres in the U.S. and Canada.

Brooks met his first wife, songwriter Sandy Mahl while in college. They got married on May 24, 1986. The couple had three daughters: Taylor,  August,  and Allie.  Brooks and Mahl divorced on  December 17, 2001. His divorce was one  of the most expensive divorces of all time. Garth paid Sandy a $125 million settlement.

In July 2013, Brooks became a grandfather when August had a daughter named Karalynn with Chance Michael Russell.

In a touring year, Garth is known to earn as much as $90 million and has at times been the highest-paid celebrity on the planet. Between June 2017 and June 2018, Garth Brooks earned $45 million. In the same period the following year, he earned $25 million.

Brooks owns homes in Tulsa, Oklahoma; Nashville, Tennessee; and Malibu, California. In 2019, it was rumored that Brooks and Yearwood bought the Layby Hotel on Holmes Beach on Anna Maria Island, Florida for $8.825 million. 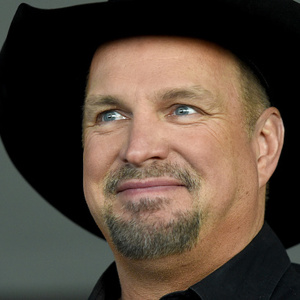