Full Force net worth: Full Force is an American group of R&B singers and producers who have a net worth of $2 million. Full Force was formed in Brooklyn, New York in 1976. The group consists of B-Fine (Brian George) on drums and drum programming, Shy Shy (Junior Clark) on bass guitar, Paul Anthony (Paul Anthony George) and Bow-Legged Lou (Lucien George, Jr.) on vocals, Curt-T-T (Curt Bedeau) on guitar, and Baby Gee (Gerry Charles) on keyboards. Full Force has written and produced music for artists such as Patti LaBelle, Britney Spears, Lisa Lisa and Cult Jam, James Brown, La Toya Jackson, NSYNC, Selena, Rihanna, The Black Eyed Peas, Blaque, Lil' Kim, and Bob Dylan. Full Force has released the albums Full Force, Full Force Get Busy 1 Time!, Guess Who's Comin' to the Crib?, Smoove, Don't Sleep, Sugar On Top, Still Standing, Legendary, Full Force, of Course, and With Love from Our Friends. The group has appeared in movies such as House Party, House Party 2, Krush Groove, and Who's the Man?. 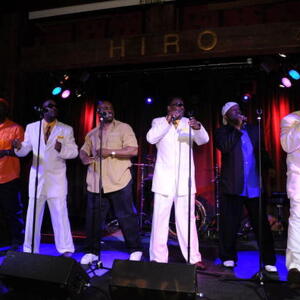