Fred Schneider net worth: Fred Schneider is an American singer and musician who has a net worth of $5 million. Fred Schneider was born in Newark, New Jersey in July 1951. He is best known for being the front man of the band The B-52's. He is known for his sprechgesang, or "spoken singing" style.

He released the solo album Just Fred in 1996 and has released albums under the name Fred Schneider & the Shake Society and as part of the band the Superions. The B-52's formed in Athens, Georgia in 1976. The band's self-titled debut studio album was released in 1979 and reached #3 in New Zealand, #7 in Australia, and #59 in the US. Their second studio album Wild Planet was released in 1980 and reached #3 in New Zealand and #18 in the US and the UK. The B-52's released the albums Whammy! in 1983 and Bouncing off the Satellites in 1986. Their fifth studio album Cosmic Thing was released in 1989 and was 4x Platinum in the US. The album reached #1 in Australia and New Zealand and #4 in the US. The band went on to release the albums Good Stuff in 1992 and Funplex in 2008. The B-52's have had #1 hits with the singles "Rock Lobster", "Channel Z", "Love Shack", and "Good Stuff". In 1990 the band won MTV Video Music Awards for Best Group Video and Best Art Direction. 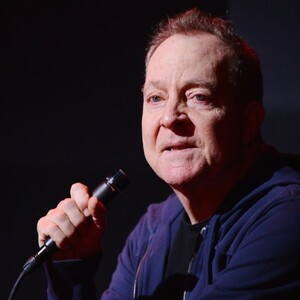