Frankie J net worth: Frankie J is a Mexican American singer, songwriter, and rapper who has a net worth of $10 million. Frankie J was born in Tijuana, Mexico in December 1975. He was a member of the group Kumbia Kings. Frankie J performed as a freestyle artist in San Diego, CA using the name Frankie Boy.

His debut freestyle album never was released and he joined Kumbia Kings and was a member from 1999 to 2002 and was featured on the albums Amor, Familia y Respeto, Shhh!, and All Mixed Up: Los Remixes. Frankie J's debut solo studio album What's a Man to Do was released in 2003. He also released his self-titled album in 2003. Frankie J's album The One was released in 2005 and reached #3 on the Billboard 200 chart. He has also released the albums Un Nuevo Dia and Priceless in 2006, Courage in 2011, Faith, Hope y Amor in 2013, and Eleven in 2017. His single "Obsession (No Es Amor)" (featuring Baby Bash) reached #3 on the Billboard Hot 100 and the US Latin chart and #2 on the US Rhythmic chart. 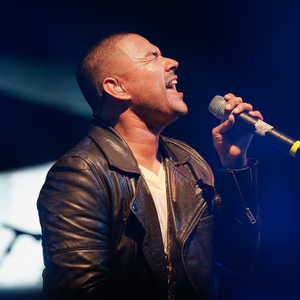