Frankie Beverly net worth: Frankie Beverly is an American singer, songwriter, musician, and producer who has a net worth of $4 million. Frankie Beverly was born in Philadelphia, Pennsylvania in December 1946. He is best known for his recordings with the band Maze. He started as a boy singing gospel music in church.

Beverly formed The Blenders as a teenager and then The Butlers. The group moved for Philadelphia to California and was renamed Raw Soul. Marvin Gaye featured the group as an opening act and convinced Beverly to change their name to Maze. All eight of Maze's studio albums were certified Gold in the US and reached the Top 10 on the US R&B charts. Their 1985 album Can't Stop the Love and 1989 album Silky Soul both reached #1 on the US R&B chart. Maze had #1 singles on the US R&B charts with the songs "Back in Stride" and "Can't Get Over You". Maze is also known for their hit single "Joy and Pain". Frankie's son Anthony toured as a drummer with Maze. 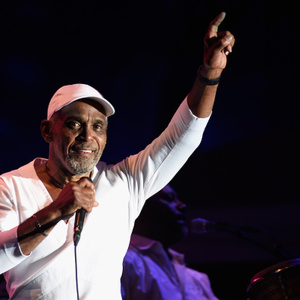