Frank Sinatra Net Worth: Frank Sinatra was American musical superstar who had a net worth of $200 million. In the late 80s, during a period of decline, Sinatra's accountants calculated his net worth to be $14 million – a surprisingly small number.  However, after his death in the late 90s, his family began fighting over a will that was worth somewhere between $200 million and $600 million. He is widely considered one of the most popular and highly influential artists of the twentieth century, and sold more than 150 million records around the world.

Early Life: Francis Albert Sinatra, better known as Frank Sinatra, was born in Hoboken, New Jersey, on December 12, 1915. His parents, Natalina "Dolly" Garaventa and Antonino Martino "Marty" Sinatra, were both immigrants from Italy. His mother worked as a midwife, and was also influential in their neighborhood and local Democratic Party circles. His father worked at the Hoboken Fire Department, and previously also fought as a bantamweight boxed under the name Marty O'Brien. They also owned a tavern in Hoboken, where a young Sinatra would occasionally sing.

Sinatra was not the best student. He was actually expelled from A.J. Demarest High School (now Hoboken High School) in 1931 after only attending the school for 47 days. He then enrolled at Drake Business School for only eleven months before leaving. Subsequently, he worked several odd jobs, including as a delivery boy for the Jersey Observer newspaper, and as a riveter at the Tietjen and Lang shipyard. During this time, he would perform in local clubs in Hoboken, as well as sing on various radio stations.

Music Career: Frank Sinatra was indisputably one of the most successful musicians of the twentieth century, as well as one of world's best-selling artists of all time. Making his career kick-off as a crooner with bandleaders like Tommy Dorsey and Harry James in the swing era, Sinatra rose to unprecedented success with his live performances across the country by the mid-1940s. Three years after he signed to Columbia Records in 1943, he saw the release of his first album, "The Voice of Frank Sinatra". In particular, his appeal to teenage girls sparked a phenomenon known as "Sinatramania", and changed the landscape of music at the time. This is because previously popular music had been recorded mainly for an adult audience, but Sinatra's popularity revealed an entirely new audience for popular music. During World War II, Sinatra did not serve in the military. He was officially classified as 4-F, "Registrant not acceptable for military service", due to a perforated eardrum, which was an injury he had sustained at the time of his birth. He did, however, go on several overseas USO tours with comedian Phil Silvers.

His popularity did not last forever. A mix of damaged vocal cords, reputed ties to organized crime, and a torrid romance between the then-married Sinatra and actress Ava Gardner stalled his career by the 1950s, and he was eventually dropped by his record labels. During his career decline, disillusioned with and rejected by Hollywood, Sinatra began performing in Las Vegas. There, he became one of Las Vegas's pioneer residency entertainers. However, Sinatra pulled off one of the most incredible career resurrections of all time as he literally reinvented himself with his Oscar-winning performance in the 1953 drama "From Here to Eternity". He subsequently released a string of critically lauded albums with Capitol Records, such as "In the Wee Small Hours" (1955), "Songs for Swingin' Lovers!" (1956), "Only the Lonely" (1957), "Come Fly with Me" (1958), and "Nice 'n' Easy" (1960). 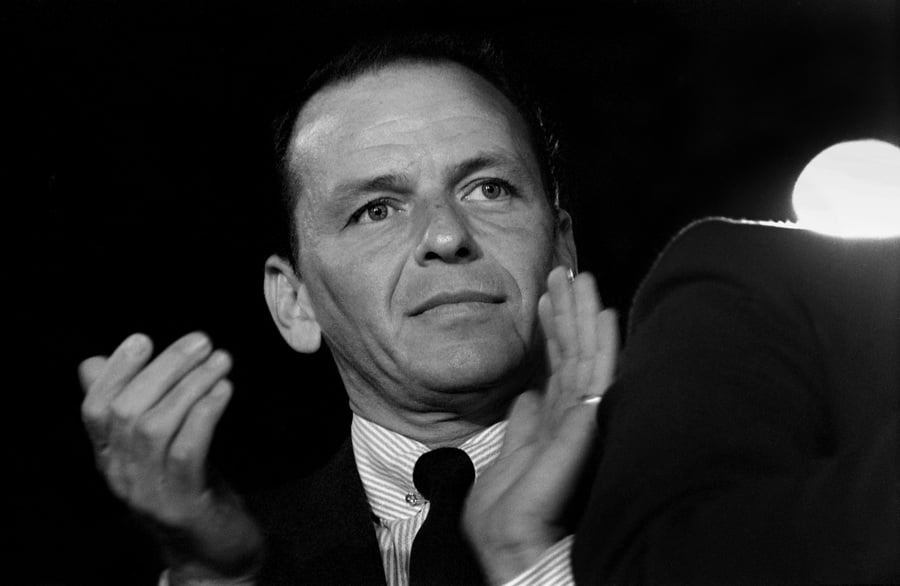 Always eager for new challenges, Sinatra founded his own record label, Reprise Records in 1961, creating some more era-defining albums like "Ring-a-Ding-Ding!" (1961), "Sinatra at the Sands" (1966) and "Francis Albert Sinatra & Antonio Carlos Jobim" (1967). He went on to tour internationally with the Rat Pack as a founding member of the band, and also rubbed shoulders with the likes of John F. Kennedy. Apart from his brief retirement in the early 1970s, Sinatra soon got back to the stage to thrill his longtime fans with more sold out concerts and chart-topping albums like 1993's "Duets", right up until his 80th birthday. Throughout his almost six-decade-long career, Frank Sinatra's outstanding work resulted in numerous notable accolades including eleven Grammy Awards, the Grammy Trustees Award, Grammy Legend Award and the Grammy Lifetime Achievement Award. In total, he recorded 59 studio albums and 297 singles.

Film Career: In addition to his music career, Sinatra also pursued many acting opportunities. He first began trying to start a Hollywood acting career in the early 1940s. Besides the film "From Here to Eternity" (1953), which is often credited with being the turning point that helped him relaunch his image and revive his career, he also appeared in films like "On the Town" (1949), "Suddenly" (1954), "The Man with the Golden Arm" (1955), "Guys and Dolls" (1955), "High Society" (1956), "Pal Joey" (1957), "Some Came Running" (1958), "Ocean's 11" (1960), and "The Manchurian Candidate" (1962). Although he is mostly still known for his music career, Sinatra was a critically-acclaimed and recognized actor, even winning the Academy Award for Best Supporting Actor and a Golden Globe Award for his role in "From Here to Eternity".

Personal Life: Sinatra was married to his first wife Nancy Sinatra (née Barbato) from 1939 to 1951, and they had three children together. Throughout their marriage, he engaged in numerous extramarital affairs, including with actress Ava Gardner. He then was married to Gardner from 1951 to 1957, although they formally separated in 1953. He was then married to Mia Farrow from 1966 to 1968, and reportedly broke off engagements to Lauren Bacall and Juliet Prowse. He married Barbara Marx in 1976, and they stayed together until his death. Sinatra passed away in Los Angeles on Mary 14, 1998, after suffering a heart attack. During his final years of life, he suffered from ill health, and was also diagnosed with bladder cancer and dementia. 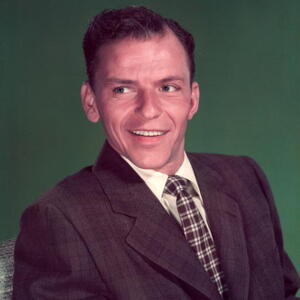