Frank Hannon net worth: Frank Hannon is an American singer, songwriter, and musician who has a net worth of $4 million. Frank Hannon was born in Sacramento, California in October 1966. He is best known for being the co-founder of the band Tesla. As a child Frank broke his leg and learned how to play guitar while in a cast. At 10 years old he started to play the guitar and write songs. Hannon started the band Tesla at 19 and also produced for other artists. Tesla formed in 1981 originally under the name City Kidd. The band has sold some 14 million albums in the United States starting with their 1986 debut Mechanical Resonance. Their second album The Great Radio Controversy in 1989 was certified 2x Multi-Platinum in the US. Tesla also released the albums Psychotic Supper in 1991, Bust a Nut in 1994, Into the Now in 2004, Forever More in 2008, and Simplicity in 2014. Hannon has also released albums with The Frank Hannon Band and Moon Dog Mane. He has released the solo albums Gypsy Highway in 2010, Six String Soldiers in 2012, and World Peace in 2014. Hannon also formed the independent record label RedHawk Records. 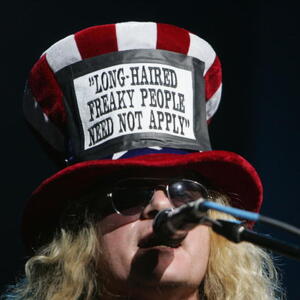