Florence Welch net worth: Florence Welch is an English singer-songwriter. She is best known worldwide as the lead singer of Florence and the Machine. Florence Welch has a net worth of $28 million. Welch writes songs that occupy the same confessional territory as gossip-loving, genre-bending contemporaries like Amy Winehouse, Kate Nash, Adele, and Lily Allen… as well as the moody, classic art rock of Kate Bush. She blends pop, soul, and Baroque arrangements into a sound that earned her considerable buzz in 2007. She has become a fashion icon, noticed for her red curls and a style that has been described as daring but nonchalant.

Early Life: Florence Leontine Mary Welch was born on August 28, 1986 in Camberwell, London, England on August 28, 1986 to parents Nick and Evelyn Welch. Through her mother, Welch holds dual British and American citizenship. During her youth, Welsh was encouraged by her Scottish grandmother Cybil Welch to pursue her burgeoning singing and performing talents. Welch's parents divorced when she was thirteen and her mother eventually married their next-door neighbor. Florence has opened up about her struggles with an eating disorder as a teenager and being a "highly imaginative and fearful child." She was educated at Thomas's London Day School and Alleyn's School in South East London where she did well academically.   Welch studied at Camberwell College of Arts, but dropped out to focus on her music.

Musical Career: In 2006, Florence and her friend, Isabella Summers, began performing together in the UK, eventually forming Florence + The Machine. According to Welch, the band name began as a private joke, with her calling her friend Isabella Machine to which she was Florence Robot. They first began playing in small London venues under the joint name Florence Robot/Isa Machine.  In 2007, she recorded an album called Plans, fronting a band named Ashok. In 2008, she released her debut singles, Kiss With A Fist, and Dog Days Are Over, which charted at No.51 and No.23 respectively. In 2009, she released another single, Rabbit Heart (Raise Up), before she released her debut album with FATM, Lungs. The album peaked at No.1 on the UK album charts, and won the band two Brit Awards, as well as a GLAMOUR Women Of The Year Award for Best Band, a Q award and several others.

FATM went on to release seven singles from the album. At the beginning of 2010, early in the stages of writing the new F+M album, Florence was approached by her label with an offer to go to Los Angeles and work with US producers and writers of American Pop music. In February 2011, Welch replaced pregnant Dido to sing on her portion of Best Original Song nominee "If I Rise" from the film "127 Hours." 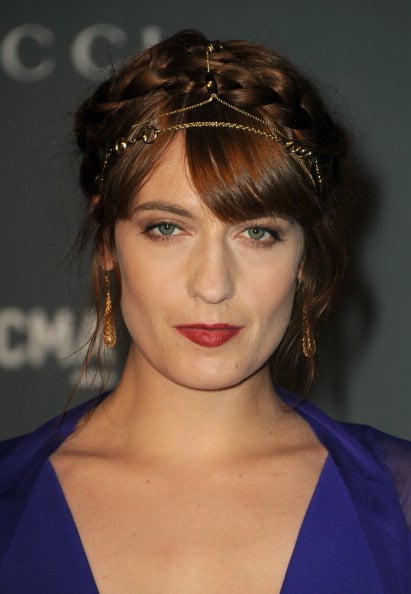 Success: The second album from Florence + The Machine was "Ceremonials," released on Halloween in 2011. It debuted at No. 1 on the UK Albums Chart and No. 6 on the U.S. Billboard 200. In January 2012, the group was nominated for two Brit Awards. In July of that year, a remix of Calvin Harris' "Spectrum" was released as the fourth single from "Ceremonials" and became the band's first UK number one hit. Welch was also featured on Harris's song "Sweet Nothing" which debuted at No. 1 on the UK singles chart, marking Welch's second number one hit. The song also peaked at No. 1 in Ireland and No. 2 in Australia (where it was certified Platinum) and New Zealand. "Sweet Nothing" also received a Grammy nod for Best Dance Recording.

In February 2015, the band announced their third album, "How Big, How Blue, How Beautiful." It was released on June 1, 2015 and reached No. 1 in many markets including US, the UK, Australia, and Canada. It spawned two top 40 UK hits and earned three Grammy nominations. On June 26, 2015, Florence and the Machine headlined Glastonbury by chance. Dave Grohl of the Foo Fighters broke his leg on stage prior to his band's upcoming headlining performance, causing Florence and the Machine to be the headlining band. In 2016, Lady Gaga revealed that she and Florence had recorded a song together called "Hey Girl," which was featured on Gaga's fifth album "Joanne." Footage of their studio session was featured in Gaga's Netflix documentary "Gaga: Five Foot Two." In March 2017, Welch appeared in Terrence Malick's romantic drama film "Song to Song". Later that year, she contributed a song titled "To Be Human" to the "Wonder Woman" soundtrack. In April 2018, FATM released a song called "A Sky Full of Song" along with a music video on YouTube directed by AG Rojas. The song was released for Record Store Day on April 21. The band then released a new single, "Hunger," followed by their fourth studio album "High as Hope" on June 29, 2018.

That summer, Welch performed a stunning duet of "Wild Horses" with Mick Jagger at London Stadium during the Rolling Stones' No Filter Tour. She also published her first book, "Useless Magic: Lyrics and Poetry" in July 2018, which showcased her lyrics and poetry alongside corresponding artwork from their first album "Lungs" to their 2018 release "High as Hope." It was announced in late April 2021 that Welch would be contributing music and lyrics to a musical adaptation of F. Scott Fitzgerald's "The Great Gatsby."

Personal Life: Welch has been in a relationship with British rocker Felix White since 2016. She was previously engaged to Stuart Hammond in 2011 before they called it quits. 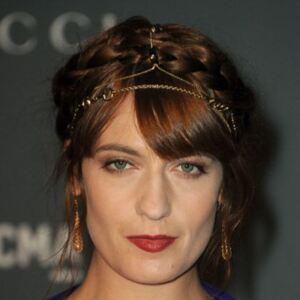