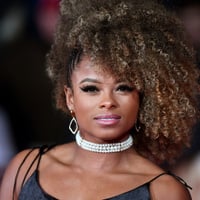 Fleur East net worth: Fleur East is an English singer, songwriter, rapper, dancer, and fitness model who has a net worth of $6 million. Fleur East was born in Walthamstow, London, England in October 1987. She was a contestant on season two of The X Factor as part of the girl group Addictiv Ladies. She returned to the TV show as a solo contestant for the 11th series and finished as runner up. Fleur East released her debut studio album Love, Sax and Flashbacks in 2015 which reached #12 in Scotland, #14 in the UK, and #16 in Ireland. Her debut single "Sax" reached #2 in Scotland, #3 in the UK, and #5 in Ireland. In 2018 she competed on the reality television series I'm a Celebrity, Get Me Out of Here!. Fleur East has collaborated with other artists including Drumsound, Bassline Smith, Cicada, Wideboys, DJ Fresh, and more. She describes her musical style as "urban-inspired with a few twists".