Fiorenza Cossotto Net Worth: Fiorenza Cossotto is an Italian mezzo soprano (opera singer) who has a net worth of $20 million dollar. Born April 22, 1935 in Crescentino, Italy Fiorenza Cossotto is best known for her fiery roles in Verdi, such as Azucena, Amneris, Lady Macbeth and Eboli. Cossotto was also a prominent performer of bel canto parts (a style of Italian signing) such as the role of Rosina in Rossini's Barbiere, Leonora in La favorita and Adalgisa in Norma. Cossotto graduated in 1956 from the Turin Conservatory (Italy), graduating at the top of her class, then joined the training school of La Scala in Milan, Italy. She made her operatic debut as Sister Matilde in the world premiere of Poulenc's The Dialogues of the Carmelites in 1957. Her international debut came in 1958 at the Wexford Festival as Giovanna Seymour in Donizetti's Anna Bolena. According to the book "Opera" published by Koenemann, Cossotto was one of the leading Italian mezzo-sopranos of the '60s and '70s. She has performed with the likes of Maria Callas (one of the most renowned and influential opera singers of the 20th century). The relationship with Maria Callas was tainted when Callas walked out just after their duet, Mira, o Norma. Some claimed that Cossotto intentionally sabotaged Callas by singing over Callas and holding high notes longer than what was considered in good form. Even though Callas died in 1977, the controversy and debate lives on. 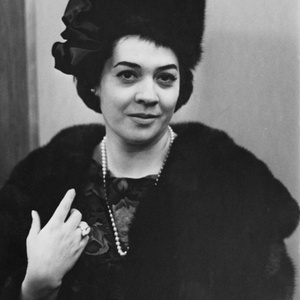