Fie Laursen net worth: Fie Laursen is a Danish blogger, social media personality, author, singer, and model who has a net worth of $3 million. Fie Laursen was born in Hilerod, Denmark in July 1996. She started her blog about fashion before making a YouTube channel. Fie Laursen has appeared in episodes of the television series Stjernekigger in 2017.

She also appeared in the TV mini-series Completely in the woods in 2016 and in the special New Year's Eve with Jannik Rounded in 2017. After growing up in Denmark she moved to Los Angeles, California. She authored her autobiography My Honesty. Fie Laursen's brother is social media personality Boris Laursen and she was in a relationship with YouTube personality MrCrainer. As a singer she has recorded singles including "Secret", "Broken Soul", "Justin", and "Top 10". Her blog gets more than 3 million views a month and she is also popular on Instagram. 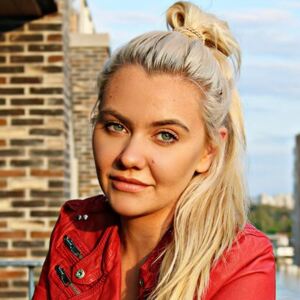