Felix Cavaliere Net Worth: Felix Cavaliere is an American singer, songwriter, music producer and musician who has a net worth of $1.5 million. Born on November 29, 1942, in Pelham, NY, Felix Cavaliereis is best known for his work in association with The Young Rascals during the 1960s. Thanks to his parents, who noted his musical talent at an early age, he was enrolled in The Allaire School of Music where he studied classical piano and composition.

Cavaliere honed his musical skills over the years, eventually majoring in Pre Med (with a minor in music) at Syracuse University. While in college, he formed a band and was soon offered a record deal with a label in the area. Thus, he saw the release of a single that he penned himself called, "The Syracuse" which became a campus hit. Next, he made a brief stint in the Catskills, after which he was asked to join Joey Dee's Starliters on a' European tour. It was in 1965, when Felix formed The Young Rascals with Eddie Brigati, Dino' Danelli and Gene Cornish. Out of the four bandmates, Felix and Eddie were the ones to share the lead vocal and songwriting duties for the group. The two co-wrote seven albums together and some of their songs have been recorded by such artists as: Aretha Franklin, Olivia Newton John, Kenny Rankin, Dusty Springfield, David Cassidy, Lulu, Marvin Gaye, Gloria Estefan, Booker T and the MG's. The Rascals enjoyed enormous success from 1965 to 1969, being one of the best-selling groups on the pop charts thanks to their classic chart entries like "How Can I Be Sure," "Good Lovin'," "A Beautiful Morning," "I've Been Lonely Too Long," "Groovin" and "People Got to Be Free. As for their music, it was marked by a distinctive mix of R&B and rock. In 1997, the band was inducted into the Rock and Roll Hall of Fame. Aside form his work with the Rascals, Cavaliere produced albums for Laura Nyro, Jimmy Spheeris, The Deadly Nightshade and others, as well as he made his own solo efforts.

In his private life, Felix Cavaliere is a married man and a father of five, currently living in Nashville, TN. 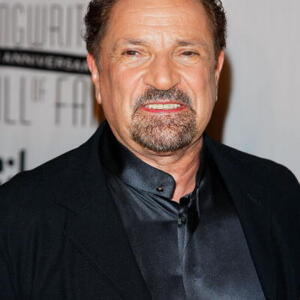