Faye Wong net worth: Faye Wong is a Chinese singer and actress who has a net worth of $150 million dollars. Faye Wong was born in Beijing, China, and began singing while she was in elementary school. Her mother did not approve of her singing, so her school hid her performances from her parents.

She secretly recorded six cover albums during high school, and then moved to Hong Kong to live with her father after graduation. She subsequently signed a recording contract in Hong Kong, and released one semi-successful album. Two more albums followed, but they were poorly received. She relocated to the United States, but ended up returning to Hong Kong, where she signed with a new agent, restructured her image, and released a new album. It fared better. She has since released 15 more albums, many of which set sales records in Asia. She also launched a successful acting career, and has appeared in such projects as "Chungking Express" and "Chinese Odyssey 2002". After taking a brief hiatus, she began touring again in 2010. 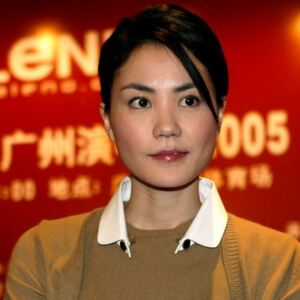