How much is Farrah Franklin Worth?

Singer/recording artist Farrah Franklin has a net worth of $1.5 million. In addition to her net worth and career as a singer (most known for her work with the band Destiny's Child), she's worked as a model and actress. Franklin's show business career began in 1999, when at the age of 18, she was hired as an extra for the Destiny's Child music video "Bills, Bills, Bills." During production of that video, she became friendly with two members of the group – Kelly Rowland and Beyonce Knowles. From there, she became a full-fledged member of the group after providing backing vocals in a few of their songs. After only five months with the group, Franklin was released, only learning of her dismissal after seeing a report about it on MTV News. The reasons cited by Knowles for her firing were her missing three tour dates and her lack of enthusiasm about continuing with the band. Since her career with Destiny's Child came to an end, Franklin has continued on in a solo career in music. She's been featured in songs from artists such as Sean Paul and Method Man, and is reportedly working on an album now. She also gave a starring performance in The Brewster Project. 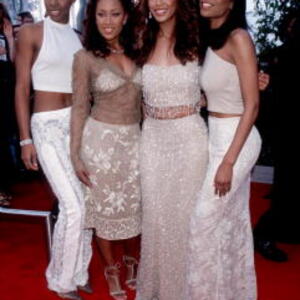