What is Fantasia's Net Worth?

Fantasia is an American R&B singer and actress who has a net worth of $1 million. Fantasia rose to stardom as the winner of the third season of Fox's "American Idol" in 2004. Following her victory, she employed her dynamic gospel-tinged voice in her debut single, "I Believe," which debuted at number one on the "Billboard" Hot 100 chart. She has released seven studio albums, and her first, 2004's "Free Yourself," was certified Platinum. Fantasia has also performed on Broadway, playing Celie in a 2007 production of "The Color Purple," and she has earned 12 Grammy nominations for her music. Fantasia published her autobiography, "Life Is Not a Fairy Tale," in 2005, and it was made into a Lifetime movie the following year. She was inducted into the North Carolina Music Hall of Fame in 2014, and in 2012, she was ranked #32 on VH1's "100 Greatest Women in Music" special.

Fantasia was born Fantasia Monique Barrino on June 30, 1984, in High Point, North Carolina. She grew up with mother Diane, father Joseph, and brothers Xavier and Ricco. Fantasia began singing at just 5 years old, and talent runs in her family – her uncles were in an R&B group called The Barrino Brothers, and her cousins, Grammy-nominated R&B duo K-Ci & JoJo, had a #1 hit with the 1998 single "All My Life." Barrino attended Andrews High School, but after she was raped by a fellow student and began receiving threats from the boy's friends, she dropped out of school at 14. She got pregnant at the age of 16 and welcomed daughter Zion on August 8, 2001. Zion's father, Brandel Shouse, was once arrested for choking and punching Fantasia.

Fantasia was crowned the winner of "American Idol" on May 26, 2004, then she went on tour with her fellow finalists and starred in the Christmas special "Kelly, Ruben and Fantasia: Home For the Holidays." She signed a deal with J Records/19 Entertainment and released her first single, "I Believe," in June 2004, followed by her debut album, "Free Yourself," in November. The "I Believe" CD single was 2004's top-selling single in the U.S. In 2005, Barrino portrayed Aretha Franklin on an episode of NBC's "American Dreams" and lent her voice to the "A Star Is Torn" episode of "The Simpsons." She played herself in the 2006 Lifetime movie "The Fantasia Barrino Story: Life is Not a Fairy Tale," and in December of that year, she released her second album, "Fantasia," which featured the Gold single "When I See U." Barrino made her Broadway debut in April 2007, earning critical acclaim for her performance as Celie in "The Color Purple." She missed close to 50 performances of the show due to a tumor on her vocal cords, but she made a full recovery after having the tumor removed. Fantasia reprised the role in 2009 for the musical's national tour.

In 2008, Barrino performed a duet with fellow "American Idol" alum Jennifer Hudson, "I'm His Only Woman," for Hudson's debut album, and in 2010, she got her own reality show, "Fantasia for Real." She released her third album, "Back to Me," in August 2010, and she followed it with 2013's "Side Effects of You," 2016's "The Definition Of…," 2017's "Christmas After Midnight," and 2019's "Sketchbook." In 2013, Fantasia returned to Broadway for the musical revue "After Midnight" and co-wrote and performed "In the Middle of the Night," the theme song for the film "The Butler." In August 2018, she performed at the funeral of Aretha Franklin, who she recorded a duet with ("Put You Up on Game") in 2006. Barrino took part in a tribute to Aretha at the Grammy Awards in February 2019 and performed on the CBS special "Aretha! A Grammy Celebration for the Queen of Soul." 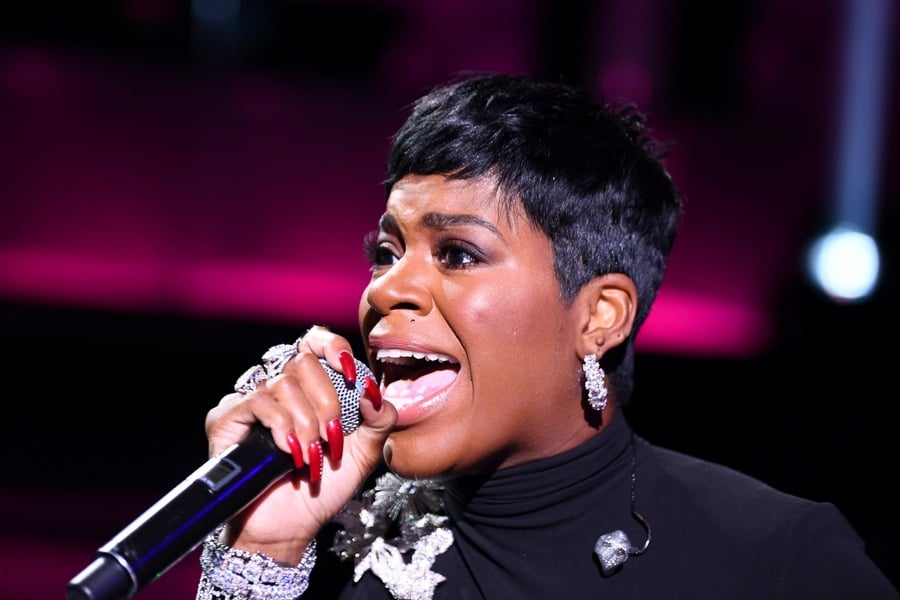 Barrino has dated Michael Clayton, a former NFL player/Super Bowl champion, and rapper Young Dro, and she married businessman Kendall Taylor on July 18, 2015. She gave birth to son Dallas on December 13, 2011, and his father is reportedly Antwaun Cook. In August 2010, a Mecklenburg County District Court divorce filing accused Fantasia of having been in a relationship with Cook for a year, but she testified that the relationship didn't begin until Antwaun was separated, and the judge ruled in her favor, saying that the separation date was nine months earlier than Cook's estranged wife had claimed. Later that month, Fantasia was hospitalized after overdosing on aspirin and a sleep aid; she later admitted that it was a suicide attempt, telling "People" magazine "I knew exactly what I was doing. You can't accidentally take a whole bottle of pills."

In Fantasia's 2005 memoir, she stated that she was functionally illiterate. Her father filed a $10 million lawsuit against Simon & Schuster in 2006, alleging that some of the things Barrino said about him in the book were false; he also claimed that the book was written by Addie Collins, Fantasia's grandmother.

In 2011, Fantasia won a Grammy for Best Female R&B Vocal Performance for "Bittersweet." Her single "I Believe" won Top Selling Single of the Year and Top Selling R&B/Hip-Hop Single of the Year at the 2004 "Billboard" Music Awards, and in 2005, it was named Top R&B/Hip-Hop Single by the "Billboard" American Urban Radio Networks. That year, Barrino also won an NAACP Image Award for Outstanding Female Artist, a "Vibe" Music Award for R&B Voice of the Year, and an Emmis Communications/Hot-97 "KISS-FM" Phenomenal Woman Award. She also won NAACP Image Awards for Outstanding Duo or Group (with Jennifer Hudson) in 2009 and Outstanding Song (for "Bittersweet") in 2011.

In 2006, both "Free Yourself" and "Truth is" received Most Performed Song awards at the ASCAP Rhythm and Soul Awards. Fantasia's performance in "The Color Purple" earned her a Broadway.com Award for Favorite (Female) Replacement and a Theatre World Award for Outstanding Broadway Debut Performance in 2007. She has also received a Founder's Appreciation Award from the Greensboro sit-ins Organization (2008), an International Award of Excellence at the Music Awards (2010), a BOE Global Artist Award at the Grammy Producers Brunch (2013), and a Distinguished Honoree NAACP Theater Award (2011) as well as nominations from the American Music Awards, BET Awards, and Soul Train Music Awards. 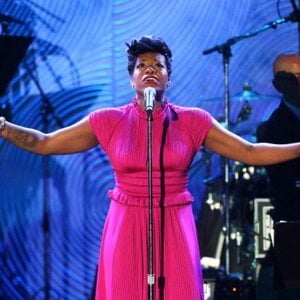