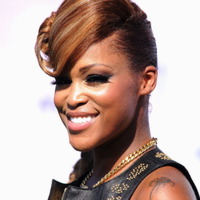 What is Eve's Net Worth?

Eve is a rapper, songwriter, and actress who has a net worth of $10 million dollars. With the release of her debut album in 1999, Eve found massive success, becoming only the third female hip-hop artist to have a #1 album on the "Billboard" 200. Her first three albums have sold over 13 million copies worldwide, and she is the inaugural winner of the Grammy Award for Best Rap/Sung Collaboration in 2002 for her song, "Let Me Blow Ya Mind," which she sang with Gwen Stefani. As an actress, Eve is known for her roles in films such as "XXX" (2002) and "Barbershop" (2002), and she starred in the UPN sitcom "Eve" from 2003 to 2006. Eve also has a successful fashion line, Fetish, and she has been a co-host on "The Talk" since 2017.

Eve was born Eve Jihan Jeffers on November 10, 1978, in Philadelphia, Pennsylvania. Her mother, Julie, was a supervisor at a publishing company, and her father, Jerry, was a chemical plant supervisor. Julie and Jerry split up when she was 12, and her mother married Ron Wilch two years later, giving Eve a half-brother, Farrod. As a teenager, Eve attended Martin Luther King High School and formed a rap duo, EDGP, with a friend, performing at clubs and talent shows. She began calling herself "Gangsta" while performing with EDGP, but she changed her name to "Eve of Destruction" after the dup broke up. After graduation, Eve moved to New York, working as a stripper until rapper Mase persuaded her to quit.

When Eve was 18, some friends got her an audition with Dr. Dre, and he signed her to Aftermath Entertainment. Though she was dropped from the label a few months later, a song she recorded made it onto the "Bulworth" soundtrack (1998). She went on sign with Interscope's Ruff Ryders label and released her first single, "What Ya'll Want," in the summer of 1999; it reached #1 on the "Billboard" 200 and Hot Rap Songs charts. On September 14, 1999, "Let There Be Eve…Ruff Ryders' First Lady" was released, selling 213,000 copies during its first week. The certified Double Platinum album has sold more than 2 million copies. Eve has since released the albums "Scorpion" (2001), "Eve-Olution" (2002), and "Lip Lock" (2013), which spawned hit singles such as "Let Me Blow Ya Mind" and "Gangsta Lovin'."

Eve has collaborated with several artists during her career. Her two collaborations with Gwen Stefani, "Let Me Blow Ya Mind" and "Rich Girl" (which appears on Gwen's 2004 album "Love. Angel. Music. Baby."), earned the two artists numerous awards. "Gangsta Lovin'," which featured Alicia Keys, reached #2 on the "Billboard" Hot 100 chart. Eve's albums have also featured collaborations with Faith Evans, Jadakiss, and Sean Paul. Eve has performed on many tracks by popular artists, including The Roots' "You Got Me," Missy Elliott's "Hot Boyz" and "4 My People," Mary J. Blige's "Not Today," and Kelly Rowland's "Like This." 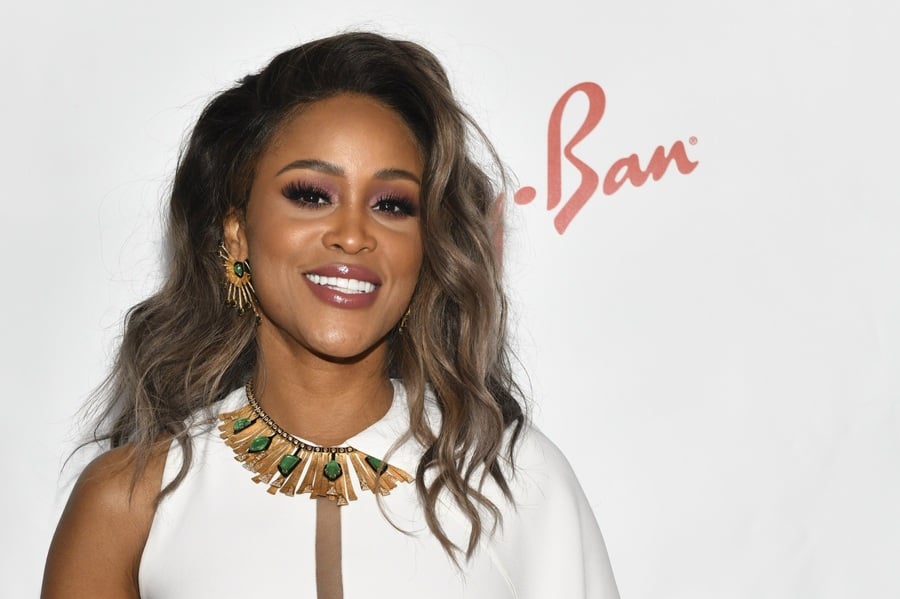 Eve began a relationship with British entrepreneur Maximillion Cooper in 2010, and they married on June 14, 2014. Eve is stepmother to his four children, Lotus, Jagger, Mini, and Cash. In 1999, she began feuding with fellow rapper Foxy Brown, who was allegedly having an affair with DMX, Eve's former mentor. The two dissed each other on their records and in interviews, and Brown reportedly tried to sabotage one of Eve's shows at a Chicago club. In 2007, Eve was charged with DUI after crashing her car into a median in Hollywood; she was sentenced to 36 months of probation.

Eve won a BET Award for Best Female Hip-Hop Artist in 2001 and 2014, and she received the Breakthrough Style Award at the 2002 VH1 Vogue Fashion Awards. "Let Me Blow Ya Mind" earned her a Grammy, an ASCAP Rhythm & Soul Award, an MTV Video Music Award, and a Teen Choice Award. Her other collaboration with Gwen Stefani, "Rich Girl," won an ASCAP Pop Music Award, and at the 2005 Teen Choice Awards, it won the Visionary Award as well as Choice Breakout and Choice Collaboration. Eve has also won two ASCAP Rhythm & Soul Awards and a Soul Train Award for "Hot Boyz," a BMI Pop Award for "Gangsta Lovin'," and a My VH1 Music Award for "What's Going On," and her film and TV work have earned her a Black Reel Award for "The Woodsman" and two Daytime Emmy nominations for "The Talk."