Eva Simons net worth: Eva Simons is a Dutch vocalist, songwriter, and actor who has a net worth of $8 million. Eva Simons was born in Amsterdam, Netherlands in April 1984. She was a member of the girl group Raffish and has collaborated with artists such as The Young Professionals, Afrojack, Sidney Samson, and R3hab. Simons had a #1 hit in the US with the song "I Don't Like You" and has also had success with the singles "Silly Boy", "Policeman" (featuring Konshens), and "Bludfire" (featuring Sidney Samson). She has also been featured on the #1 single in the Netherlands "Als Je lets Kan Doen" and the song "Take Over Control" by Afrojack. Simons was featured on the single "This Is Love" by will.i.am which reached #1 in the Netherlands, Belgium, Ireland, and the UK. She was also featured on the single "This Girl" by Stafford Brothers featuring T.I. 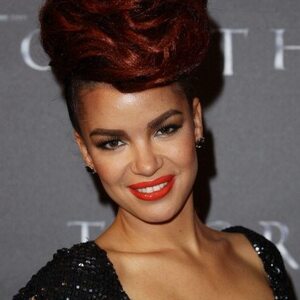