The Chi-Lites formed in 1959 in Chicago. The band has released 18 albums starting with Give It Away in 1969. Their 1972 album A Lonely Man reached #1 on the US R&B and #5 on the Billboard 200 charts. Their best known singles included "Oh Girl" which hit #1 on the Billboard Hot 100 and US R&B charts and "Have You Seen Her" which reached #1 on the US R&B and #3 on The Billboard Hot 100 charts. The Chi-Lites were inducted into the Rhythm and Blues Foundation in 2000. Record also released three solo studio albums and had a disco hit with "Magnetism". He also wrote and produced many hits for the group and for other artists such as The Dells. Later in his career Record worked as a gospel singer. Eugene Record passed away on July 22, 2005 at 64 after a long battle with cancer. 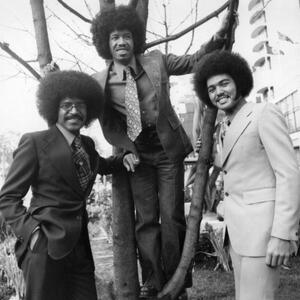