How much is Etta James Worth?

Etta James net worth: Etta James was an American singer and songwriter who has a net worth of $16 million dollars. Born Jamesetta Hawkins, but known by her stage name, Etta James was born in January of 1938. She had a number of hits, stringing from blues, R&B, to soul, rock and roll, jazz, and gospel. James got her start in the music business in 1954 before coming out with songs such as At Last, Tell Mama, Something's Got a Hold on Me, and I'd Rather Go Blind, all of which she wrote the lyrics to. Moreso than just her songs, however, James is said to have bridged the gap between various music genres. Over the span of her career, she won six Grammy Awards and 17 Blues Music Awards. Then, in 1993, she was inducted into the Rock and Roll Hall of Fame, before doing the same for the Blues Hall of Fame in 2001, and the Grammy Hall of Fame in 1999 and then again in 2008. James suffered for years from a drug addiction, and was legally required to attend treatment in 1974. She attended treatment again in 1988 and 2010 for painkillers. She has two sons, Donto and Sametto. She died in 2012 from leukemia. 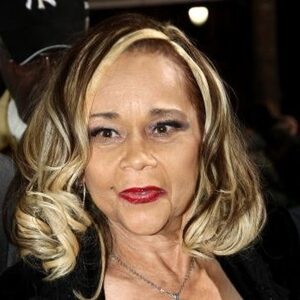