Ethan Bortnick net worth: Ethan Bortnick is an American composer, singer, musician, actor, songwriter, and philanthropist who has a net worth of $3 million dollars. Ethan Bortnick was born in Pembroke Pines, Florida, and showed musical ability very early. He began playing the piano when he was three, and by the time he started kindergarten, he had begun to write his own music.

His exceptional music ability at such a young age led to numerous talk show appearances, and he has performed on such shows as "The Tonight Show with Jay Leno", "Good Morning America", "The Early Show", "The Oprah Winfrey Show", "Yo Gabba Gabba", and "The Wendy Williams Show". He has also been featured on two PBS Specials. The first was a PBS Concert Special called, "Ethan Bortnick and His Musical Time Machine", which followed him as he took viewers from classical music through current pop. The second special, "Ethan Bortnick Live in Concert: The Power of Music", featured one of his concert performances while he was on tour. He has toured with his show, "Musical Time Machine", as well as performed sold out concerts in Las Vegas. In 2011, he became the youngest person to ever score a feature film, when he both wrote the music for, and starred in the film, "Anything is Possible". 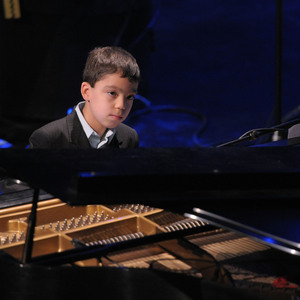