What is Erykah Badu's net worth?

Erykah Badu is an American singer-songwriter, record producer, activist and actress who has a net worth of $10 million. Erykah Badu has earned her net worth through her hit recordings, as well as her many acting roles in films and her television appearances, and continues to put out relevant work even as she has become a living legend of R&B and modern soul music.

The artist now known as Erykah Bady was born Erica Abi Wright on February 26, 1971, in Dallas, Texas. She became enamored with performing music extremely early in her life, performing onstage at the Dallas Theater Center and the Black Academy of Arts and Letters starting at age four. A decade later she was heard on local Dallas radio station freestyling alongside jazz trumpeter Roy Hargrove, among other names. It was during this time that she started spelling her name the way she does now as well as adopting the last name "Badu" as a reference to her favorite commonly used sound in the jazz tradition of scat singing. She graduated from the Booker T. Washington High School for the Performing and Visual Arts and went on to study theater at Grambling State University, but left before graduating in 1993 in order to focus more directly on music. She began working with artist Robert "Free" Bradford, who was also her cousin, and together they put out a demo tape called Country Cousins that got the attention of music executive Kedar Massenburg, who is to this day best known for discovering Badu. He helped arrange a duet between Badu and famed singer and musician D'Angelo, and her music career began in earnest.

Badu is best known for her role in the rise of the neo soul sub-genre. Between 1997 and 2010 she released give studio albums (her debut album Baduizm being certified platinum), which brought her international fame and worldwide critical acclaim embellished with American Music, BET and Grammy Awards among other accolades. In addition to her edgy remarkable sound that contains R&B, hip hop and jazz elements, Badu was also recognizable for wearing very large and colorful head-wraps that eventually became her signature accessory. As a core member of the Soulquarians, she was often referred to as the "First Lady of Neo-Soul" or the "Queen of Neo-Soul," while for her musical sensibilities was frequently compared to jazz great Billie Holiday. In addition to her recording career, Badu was a prolific tourer going back to 1997 to 2010. In 2007, Badu and comedian Dave Chappelle (who also featured her as a musical guest on his Comedy Central sketch comedy series as well as his acclaimed concert film Dave Chappelle's Block Party) embarked on the Dave Chappelle/Badu tour, one of many collaborations between herself and the comedian.

She's also become well known for incorporating ideas pertaining to her Nation of Gods and Earths belief system into her music, which has evolved in style and theme, staying musically relevant for decades and making her something of an honorary hip hop icon today. Badu's appreciation for hip hop goes back into her teenage years, when she says she was influenced by rappers like Kool Herc, Kool DJ Red Alert, DJ Jazzy Jeff, DJ Spinderella, and Salt 'n' Pepa. 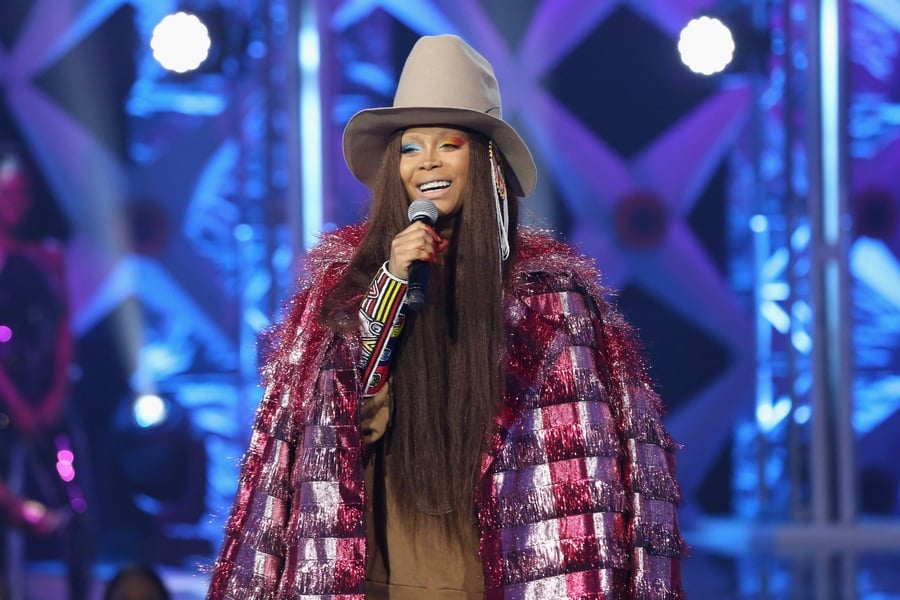 Badu has made numerous appearances as an actress, playing a range of supporting roles in movies such as Blues Brothers 2000 (1998), The Cider House Rules (1999), House of D (2004), and in 2019 she appeared in the comedy remake What Men Want. She's also an authority on issues of music history and politics and has been utilized as such by speaking at length in the documentaries like Before the Music Dies (2006) and The Black Power Mixtape 1967-1975 (2011).

She's been a frequent sight on television going back to the 90s as well. Her first appearance on TV was on the Nickelodeon kids' sketch comedy show All That in 1997, which was shortly followed by another children's TV appearance on the program Sesame Street. She appeared as a musical guest on two episodes of the soap opera One Life to Live, The Chris Rock Show, and did an MTV Unplugged special all over the course of that same very busy year, and has gone on to be seen on Late Show with David Letterman, The Tonight Show, Def Poetry Jam, Ellen, The Late Late Show with Craig Ferguson, Chelsea Lately, and the Showtime talk show Desus & Mero. She's done a little acting on television as well, as in 2014 and 2015 when she appeared on a couple episodes of the Black Dynamite series, playing two different characters, as well as the shows Hand of God and Legends of Chamberlain Heights.

Badu has been a committed vegan since 2006, when in characteristic fashion she described vegan food as "soul food in its truest form. Soul food means to feed the soul. And to me, your soul is your intent. If your intent is pure, you are pure." She was in a relationship with OutKast's Andre 3000 from 1995 to 1999, and in 1997 their son Seven Sirius Benjamin was born. In 2004 she gave birth to Puma Sabti Curry and in 2009 her third child Mars Merkaba Thedford was born.

Erykah Badu owns homes in her hometown of Dallas, Texas as well as Fort Greene, New York, and in the spring of 2020 fans got a good look at her home in Dallas when she started throwing a series of live quarantine "home concerts" for $1 or $2 a pop. 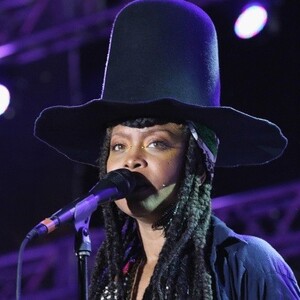