How much is Erika Jayne Worth?

Early Life: Erika Chahoy was born and raised in Atlanta, Georgia. At 18 she moved to New York City to purse an acting and singing career. In the mid 1990s she made a handful of guest spots on TV shows. She eventually found her way to Los Angeles.

At some point in the late 1990s Erika – then still going by her birth name Erika Chahoy, began working at a bar/restaurant in Beverly Hills called Chasen's. A lawyer named Tom Girardi was one of the restaurant's co-owners.

Tom Girardi earned a considerable fortune as a founding partner of Girardi & Keese, a downtown Los Angeles litigation firm specializing in consumer malpractice cases. In 1970 Girardi became famous for being the first attorney to win a settlement worth more than a $1 million for a medical malpractice case in the state of California.

Over the ensuing decades Tom took on cases against companies such as Lockheed Corp, Los Angeles County Metropolitan Transportation Authority, and Pacific Gas & Electric Co., earning billions in judgments along the way. Girardi also took on the seven major movie studios in Hollywood. His famous case against Pacific Gas & Electric was the inspiration for the movie Erin Brockovich, and awarded $333 million to 650 residents in Hinkley, CA.

Marriage: Erika and Tom began dating in the late 1990s. At the time she was in her late 20s, he was in his 60s. Erika and Tom married in 2000 at the Los Angeles Country Club. At the time of their marriage, Tom was in the midst of a battle with his first wife over communal assets. According to court filings in the divorce case with wife #1, at the time Tom's monthly income was $263,000. Erika and Tom reportedly did not sign a prenup.

Tom and Erika announced their separation in November 2020, after 21 years of marriage. 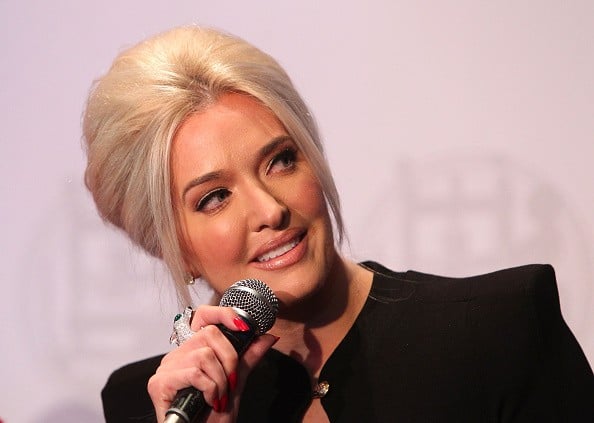 Music Career: At some point around 2007 Erika decided to jump-start a music career. In 2007 she released a track titled "Roller Coaster". The single went to number one on the U.S. Billboard Hot Dance Club Play chart. She released a full-length debut album titled "Pretty Mess" in August 2009.

Impressively, Erika would go on to release nine singles that hit #1 on the US Billboard Dance Chart. Her music has been featured in films like "The Watch". "The Neighbor", and reality show "Toddlers and Tiaras". Erika embarked on a tour of Asia and developed something of a small cult following.

The Real Housewives: In 2015 Erika joined the cast of the Bravo reality series "The Real Housewives of Beverly Hills". On the series she promoted her music and flaunted their wealth, including a claim that she spent $40,000 per month on clothes alone. 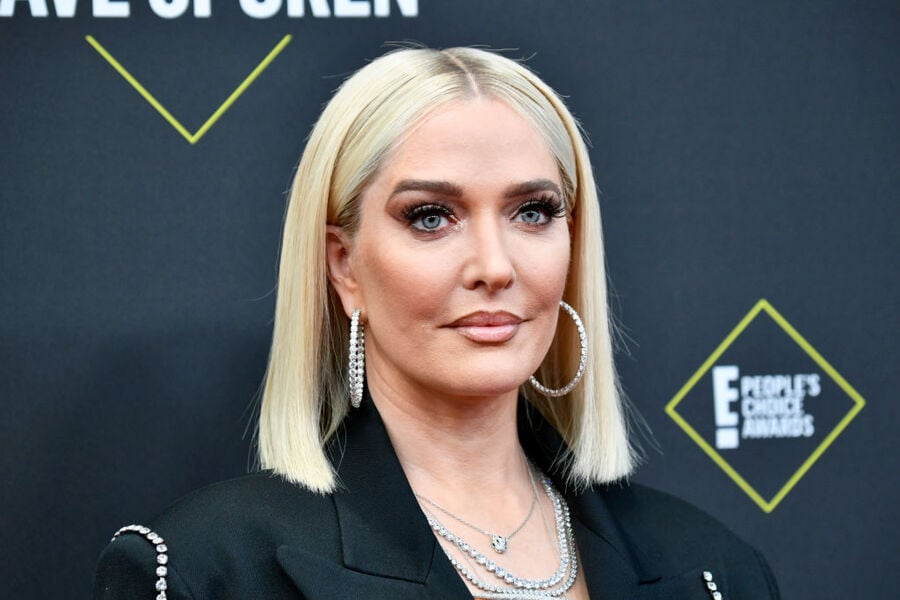 Tom Giraldi Bankruptcy: As Erika was becoming reality famous, Tom was reportedly working to secure loans to his law firm. According to a report in the LA Times, in one loan application during this period Giraldi estimated his net worth to be $264 million. The filing listed ownership in two private planes, $9 million worth of jewelry, $3 million worth of antiques and various real estate assets including an estate in Pasadena worth $15.5 million by his estimate. He "conservatively" estimated that his firms 2016 legal fees would top $110 million.

The creditor sued for repayment, claiming that their funds were being spent on Tom and Erika's lifestyle. Tom called the claims "fraud". They eventually settled.

Other creditors came forward including a security company assigned to protect their Pasadena home that demanded $53,000, and Tom's first wife who claimed her $10,000 monthly alimony payments had ceased.

One of Girardi's clients – a man who suffered burns in a 2010 PG&E pipeline explosion – came forward to claim that he had not received millions owed to him negotiated as a settlement. In January 2020 Girardi agreed to pay the man $12 million but allegedly stopped payments after only $1 million. The family sued, placing a lean on roughly $23 million worth of Girardi and Jayne's assets.

In December 2020 Tom and his law firm were forced into involuntary Chapter 7 bankruptcy. His creditors included his two former law partners, who claimed they were owed $750,000 and $1.5 million, respectively. A month earlier, a federal lawsuit accused Tom of embezzling "millions" of dollars owed to clients.

According to the Los Angeles Times, during testimony given in late 2020 Tom revealed that:

Upon examination, Tom reported that his stock portfolio which at one time was worth $50 million, was now worth only a few thousand dollars.

According to court testimony a year earlier, a creditor claimed that Girardi transferred $20 million to Erika's entertainment company. Plaintiffs in the bankruptcy case claimed Tom and Erika's divorce was a "sham", and that she was sitting on that $20 million. Additional creditors reportedly came forward with similar claims of settlement money not being sent by Girardi.

Real Estate: For most of their marriage, Tom and Erika lived in a 10,000 square-foot Pasadena, Ca mansion located on 1.7 acres. They listed the home for sale in May 2021 for $13 million. According to various reports, if a sale is made, all of the proceeds will go towards satisfying the couple's debts. Erika reportedly moved out of the mansion in the previous year, to a rental in LA's Hancock Park neighborhood.

The home was designed by architect Myron Hubbard Hunt. Construction was completed in 1928.

The home is located on a private road above the Annandale Golf Club. 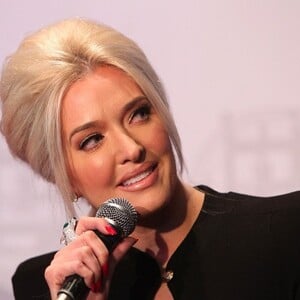