Erick Sermon Net Worth: Erick Sermon is an American rapper and musician who has a net worth of $7 million dollars. Born in 1968 in Bay Shore, New York, Erick Sermon is known as The Green-Eyed Bandit and began his music career with group EPMD during the late '80s. Soon after, he started a solo career, releasing his first album in 1993. EPMD got back together four years later before splitting up in 1999. Between the early '90s and 2004, Sermon has released six studio albums, including "No Pressure", "Double or Nothing", "Erik Onasis", and "Chilltown, New York". His debut had the most success of his career, landing at number 16 on the U.S. charts and claiming the second spot for R&B albums. He teamed up with EPMD once again in 2008 to work on the band's seventh album and to start the group's own record label. Sermon has worked with dozens of artists, including Sean Paul, Busta Rhymes, Def Squad, The Black Eyed Peas, Beyonce, Eminem, 50 Cent, Ja Rule, Shaquille O'Neal, and Method Man. He was part of MTV's "Yo! MTV Raps" freestyle battle. Sermon got a shout out from Eminem's character in a rap battle in the movie "8 Mile". In 2011, Sermon suffered a heart attack, and he currently lives in Islandia, New York. 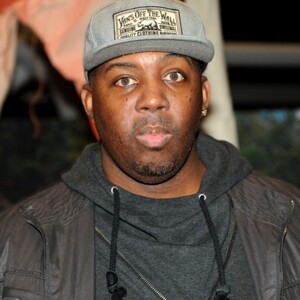