Eric Church net worth: Eric Church is an American country music singer and songwriter who has a net worth of $14 million. Eric Church was born in Granite Falls, North Carolina, and began playing the guitar and writing his own songs when he was thirteen years old. He went on to graduate from Appalachian State University with a degree in Marketing.

Throughout his high school and college years, he played music in local bars, and surrounding towns, first as a solo artist, and then with his band, Mountain Boys. He relocated to Nashville in the mid-2000s, and struggled initially. However, he finally caught the ear of Capitol Nashville, after partnering with accomplished producer, Jay Joyce. His first single, "How 'Bout You", reached #16 on the country charts, and he subsequently released his debut album. In 2006, he went on tour with the Grand Old Opry. Since then, he has released four more studio albums, and has had two #1 albums, as well as winning numerous awards, including five ACM Awards, two CMAs, an American Country Award, and a CMT Music Award. 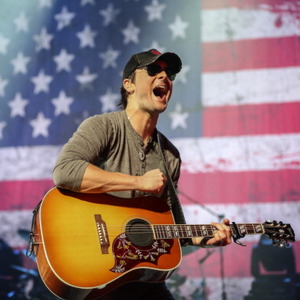