Eric Burdon net worth: Eric Burdon is a British singer-songwriter who has a net worth of $8 million dollars. Born in Walker, Newcastle upon Tyne, England, Eric Burdon first rose to fame after joining the group, the Alan Price Combo. After he took over duties as lead singer, the group changed their name to The Animals, and became one of the most popular members of the 1960s British Invasion, along with groups like The Beatles and The Rolling Stones. The group released such hit tracks as, "The House of the Rising Sun", "Boom Boom", and "Don't Let Me Be Misunderstood". The original members of The Animals would split and reunite again multiple times over the next 30 years. Mr. Burdon went on to form another group, known as Eric Burdon and the Animals. He also performed with the group, War, and has released multiple solo albums and tracks. In between his recording work, he has also appeared in multiple films, including, "Monterey Pop", "The Doors", and "The Blue Hour". 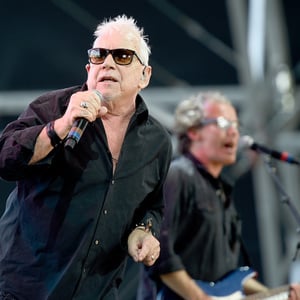