Eric Benét Net Worth: Eric Benét is an American R&B and neo soul singer and songwriter who has a net worth of $5 million. Eric Benét Jordan (better known as Eric Benét) was born October 15, 1966 in Mobile, Alabama. Four-time Grammy-winner Benét performed in a family vocal group (aptly named Benét) with his sister and cousin when he was a teenager.

The group signed with Capitol Records and released an eponymous album in 1992 that went mostly unnoticed. Eric blazed his own trail as a solo artist shortly afterward, signing to Warner Bros. and releasing his debut album True to Myself in the fall of 1996. During the time he was in the studio working on Earth, Wind & Fire's 30th anniversary CD, he struck up a romance with actress Halle Berry, whom he married in 2001. Perhaps inspired by his wife, Benét caught the acting bug and landed a recurring role on WB's For Your Love before making his feature film debut in Mariah Carey's flashy showbiz drama Glitter in 2001. Berry and Benét separated in 2004, a year before the singer released his third album, Hurricane. Benét then returned home to Milwaukee, Wisconsin, for the recording of Love & Life, which hit the air in 2008 and garnered two Grammy nominations. Two years later, Benét delivered Lost in Time, a tribute to the classic smooth soul sounds of the '70s. The One, a relatively younger-sounding set with cameos from Lil Wayne and Shaggy, followed in June 2012. On July 31, 2011, he married Prince's ex-wife, Manuela Testolini, who gave birth to their first child, a baby girl they named Lucia Bella, in December 21, 2011. On July 13, 2014 they welcomed their second daughter Amoura Luna into the world. 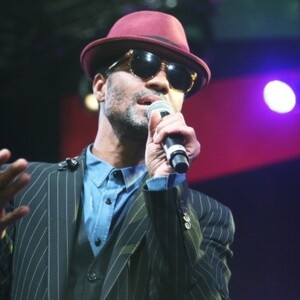